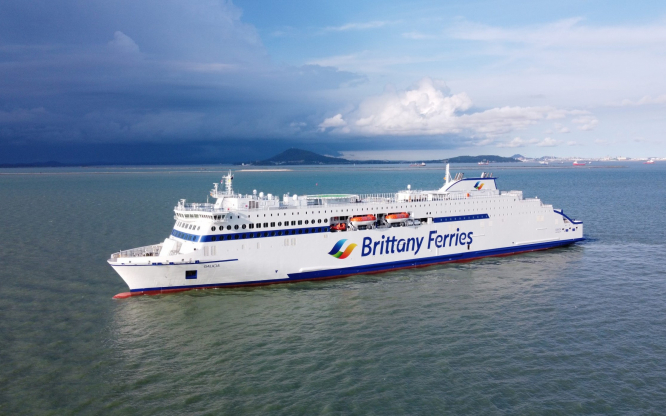 Has Brexit changed passengers’ reimbursement rights if ferry or plane trips are cancelled? I live in the UK and would like to visit my elderly parents in France this summer but am worried about booking a flight or ferry in case it is cancelled and not refunded.

Your concern is understandable as the rules on refunds for cancelled trips, which are similar for ferries and planes, are governed by EU law and the UK is no longer obliged to follow this.

The good news however is that passengers should find there is no difference in this respect, due to a combination of EU law continuing to apply to some trips between the EU and UK, and the fact that the UK has decided to retain the same rules in UK law after Brexit.

EU law continues to apply in full to:

EU law would therefore, for example, apply to any trips with Brittany Ferries, a French company, and to trips with P&O (a UK company) on the France to UK route.

With regard to trips to the EU leaving the UK with a UK company, a UK Department for Transport spokeswoman said “there will be no change to passenger rights”, either for international ferries, planes or trains.

“Passengers will continue to have the same rights,” she said.

Under EU law where a ferry company or airline cancels a trip you are entitled to a refund within seven days. Companies may offer a voucher instead, possibly with incentives such as additional services and upgrades, however you are not obliged to accept.

In view of the pressures of the pandemic, however, many firms have reportedly been struggling to refund in the official seven days and readers have reported delays. Consumer experts have also previously told The Connexion there can sometimes be additional complications where tickets are booked via intermediaries not directly with companies.

There is no specific EU refund right where you cancel a trip yourself, for example because of difficulties related to the Covid pandemic. If however, you cancel because you fall sick, then this may be covered by personal travel insurance.

Otherwise, in the case of you cancelling, your rights depend on the type of ticket and the contract with the company, for example, some tickets are considered non-refundable while others are refundable but are subject to a cancellation fee.

Some firms have nonetheless been making commercial gestures due to the pandemic, such as offering a voucher for ‘non-refundable’ tickets.

Prospects for travel this summer

With regard to the possibility of visiting your parents this summer, this will depend on rules in place in both the UK and France. The likelihood is that you will be able to go, but with some inconvenience, such as Covid tests and possible isolation requirements.

Currently you cannot travel outside the UK for any ‘non-essential’ reason, and a social visit to your parents would not be covered. This may be eased from May 17, the UK government says.

The UK is then looking at introducing a ‘traffic light’ system for foreign destinations. According to a UK government update published this week it will essentially add a ‘green’ category of country to the current rules.

People could visit ‘green’ countries with no requirement to self-isolate on return, however Covid tests on departure and arrival would still be required.

Some other countries will be designated as ‘amber’, probably retaining the current rules of needing to self-isolate at home for ten days after returning, whereas ‘red’ countries would retain the current strict ‘red list’ rules such as paying to quarantine in a designated hotel.

A further update on how this will work is expected by Monday at the latest. Countries’ designated colours will probably be clarified later, in the coming weeks.

There is currently no French requirement for ‘essential’ reasons to come to France from the UK, though a Covid test is required – and people are asked to voluntarily self-isolate for a week.

At present France is on semi-lockdown measures and people cannot travel out of their department without an urgent reason. However official government sites do not indicate that such a reason must be given on arriving from abroad.

It is possible these measures will end by May and this will be reviewed later this month.

Brittany Ferries: Closed France-UK routes will not reopen before May 17

Fact check: Is France about to be put on UK’s red list?