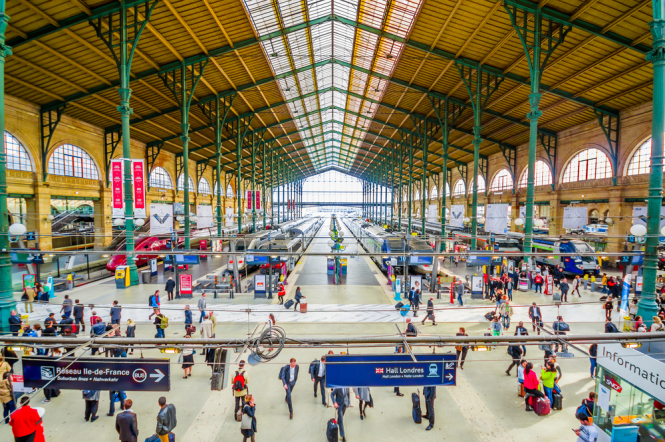 Eurostar trains run between London St Pancras and Paris Gare du Nord (pictured). It is a popular route for tourists travelling between the UK and France. Pic: Fotos593 / Shutterstock

The UK has announced a last-minute change to its Covid travel rules meaning people who have been fully vaccinated in England and Wales will still have to self-isolate on return from a trip to France from July 19.

The UK says it is in response to concerns over the Beta variant in France, which was first identified in South Africa.

From July 19, people who have been fully vaccinated in the UK can travel to other amber-listed countries – the  colour listing of France – without having to quarantine on their return to the UK.

The UK says the exclusion of France from the no-quarantine rule is due to the “persistent presence of cases in France of the Beta variant”.

Scotland and Northern Ireland have not made any announcement on this.

A Scottish government spokesperson said ministers were “considering the best approach as we look to adopt a four-nation approach on international travel, where possible”, the BBC reported.

“While current cases of the Beta variant in France are not high enough to require arrivals to enter managed quarantine [ie. for France to be added to the red travel list], it is important to consider the potential detection and transmission risk in light of the current situation in England.

“As a precautionary measure to protect the gains made in the UK’s vaccination programme, and as the country unlocks, anyone arriving from France to England will continue to quarantine for 10 days from early Monday morning, while we continue to assess the latest data and track prevalence of the Beta variant.”

This update will not have an immediate impact on people who have been fully vaccinated outside the UK, as the no-quarantine rule only applies to people vaccinated in the UK. However the UK has previously said it would review this later in the summer for those coming from destinations such as the EU and US.

The issue of the Beta variant was not highlighted in the latest Covid-19 evaluation published by French national health agency Santé Publique France yesterday (July 16).

The only mention of the variant in the report is to state that it is the dominant variant in French overseas department Réunion.

The report includes a table showing the breakdown in percentage of cases linked to different variants in France.

The Beta variant is coloured grey. The column on the far right is the most up-to-date data in France on the prevalence of variants, and shows the Beta to make up a very small proportion of cases – it is the grey line above the orange block (which represents the Alpha, or 'UK' variant).

Statistics collected by GISAID, a data initiative that monitors Covid-19 globally in real-time, shows that there have been 86 new cases of the Beta variant in France in the past four weeks, bringing the total to 2,125. This equates to 3.4% of all cases in France.

Yesterday when The Connexion checked the GISAID data it stated France had a total of 2,135 cases.

GISAID shows the UK as having four new Beta cases in that time period, and a total of 812 cases. Germany is reported to have 2,231 cases of the variant.

To track Covid variants, France is using a combination of screening tests for specific mutations and also the technique of sequencing, which allows scientists to check samples for any possible mutation.

A series of “flash” sequencing studies are being carried out in France every two weeks, where a random sample of Covid-19 PCR tests from around the country is sequenced.

The results of the latest flash study to be made fully public, which is number 12, shows that the Beta variant of Covid-19 represents 100% of cases in Réunion, a French overseas department, but is “circulating at low levels” in metropolitan France.

The map below uses the latest data, from June 22 to June 28, and shows the rate of cases found to include the E484K mutation, which is present in the Beta and Gamma (first identified in Brazil) variants.

It shows that France’s overseas departments Réunion and French Guiana have the highest proportion of cases with this mutation.

Some studies have shown that the AstraZeneca Covid vaccine, which has been widely used in the UK and less so in France, is less effective at preventing mild Covid cases caused by the Beta variant.

South Africa, where the variant was first identified, stopped using the AstraZeneca vaccine in February due to this.

However, the studies on this matter are not conclusive.

France reported 10,908 new Covid-19 cases in the past 24 hours, and the daily average number of cases has increased by 78% in the past week.

16 people in France were reported to have died in hospital due to Covid-19 over this period.

Can I use NHS app to show vaccine status for UK to France travel?