COP26: What has France agreed at the climate summit? 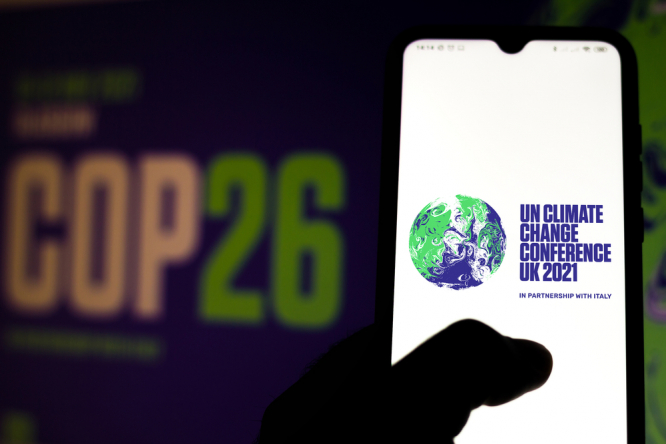 France has signed four major climate change pledges as part of its commitment to the decisions made at COP26, which finished after two weeks on Friday, November 12.

Reduction in production of oil and gas

France has joined the international ‘Beyond Oil & Gas’ coalition, whose goal is to speed up the gradual end to the use of fossil fuels.

The initiative, from Costa Rica and Denmark, is set to determine “practices enabling help for governments to respect their commitments in favour of gradual elimination of the production of oil and gas”, the Ecology Ministry states on its website.

End to financing of fossil fuels produced abroad by end 2022

On the last day of the conference, France joined a coalition of countries that have committed to ending the financing of foreign fossil fuel energy production projects that do not use carbon-capture techniques.

This agreement includes around 20 countries, including the US and Germany.

The G20 countries had already agreed to stop supporting foreign coal plant projects, but this new plan includes oil and gas, and also lays out plans to redirect the money for these investments into renewable energy.

If the commitment holds, this should mean an extra USD $15billion going towards renewable energy causes.

The fight against climate change means leaving fossil fuels behind.

I am announcing today at #COP26 that France is joining the agreement to end foreign financing of fossil fuel exploitation projects by the end of 2022.@AlokSharma_RDG @JohnMurton https://t.co/sqWmnoZgLE

End to deforestation by 2030

Almost 180 countries pledged to end deforestation by 2030, including a 16.5billion investment into the protection and restoration of forests.

As part of this, 12 countries – including France – have committed to investing €10.3billion of public funds and €6.24billion private funds to fight against deforestation between 2021-2025.

Of this, €1.3billion will go towards protecting the Congo Rainforest and Basin, which is the world’s second-largest tropical forest, after the Amazon.

This pledge echoes the New York Declaration on Forests from 2014, in which many countries committed to halve deforestation by 2020 and end it by 2030. But NGOs say achieving this goal is still much too far off.

Around 100 countries that produce more than 40% of the global emissions of methane have committed to reducing emissions of the greenhouse gas to less than 30% by 2030.

Methane (CH4) is emitted by agriculture and farming, fossil fuels and waste, and is the gas most associated with human activity after carbon dioxide (CO2).

Even worse, its global warming effect is 29 times’ higher per kilogram than CO2 over 100 years, and around 82 times’ higher over 20 years.

The EU and the US have committed to lowering emissions, but the three largest producers – China, Russia, and India – have not joined the call, limiting the impact of this pledge.

This is a poignant and powerful homage to Greta Thunberg and all those demanding climate action today. By artist Jalb in Paris France (Photo by Artist)#StreetArt #Jalb #COP26 #GretaThunberg #ClimateAction pic.twitter.com/nGvGrut7TM