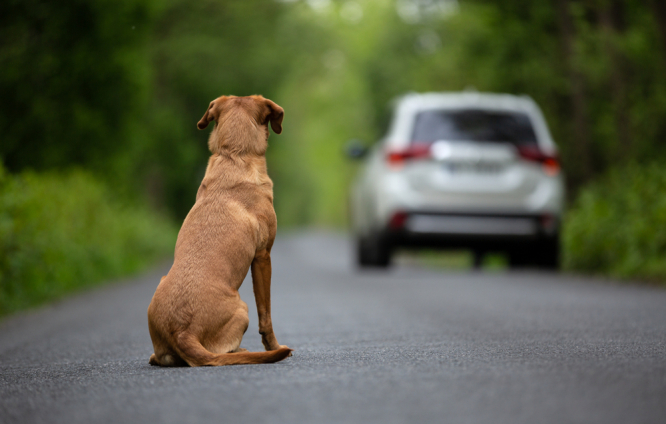 Celebrities in France are calling for the end to the sale of cats and dogs on classified ads websites and in pet shops in a bid to reduce the high number of animal abandonments in France.

Lambert Wilson, David Hallyday, Nathalie Baye, and Jacques Dutronc are among the actors, singers and writers to have signed an open letter published by animal welfare group PETA on its website today (August 13).

Reducing such sales would reduce the high levels of animal abandonment in the country, the letter says.

The letter calls for the government to “take truly effective measures to fight against abandonment at the source”.

This includes a ban on the sale of pets “in shops and online, such as on sites such as Le Bon Coin”, France's leading classified ads website.

This, they say, “leads to the objectification of animals, which are put into the world to make a profit, and sold like a vulgar piece of merchandising, and causes innumerable cases of negligence, mistreatment, and abandonment”.

The letter also suggests that sterilising pets is another solution to stop too many animals from being produced and sold, and to stop pets from uncontrolled breeding.

It reads: "A [female dog] bitch and her unsterilised offspring can give birth to 67,000 puppies in just six years, and in seven years, a cat and its kittens can give birth to an astronomical 370,000 kittens, in a context where there are already thousands of adoptable, playful and affectionate animals waiting in France's shelters.”

PETA has itself just launched a campaign calling on Le Bon Coin to ban the sale and bartering of animals on the platform, which is, it says, "a practice that causes enormous suffering for these sensitive and vulnerable beings".

It comes after the Société Protectrice des Animaux (SPA) launched an alert in July on the rise in the abandonment of pets in France, and the filling up to saturation of its shelters across the country over lockdown, with more than 7,700 animals looking for a new home.

According to animal welfare charity, la Fondation 30 Millions d’Amis, France holds the record for the number of pets and animals abandoned in Europe. In 2019, the figure stood at 100,000 for the country alone.

The same year, the foundation launched a shock campaign to raise awareness of the issue, with a video showing “ordinary people” abandoning their pets by the side of the road, in boxes, tied up in fields, or throwing them away down rubbish chutes.

The video was accompanied by the famous Queen song, We Are The Champions, in an ironic reference to France’s dubious European record, and the social media hashtag “#NonAlAbandon (No to Abandonment)”.

The foundation has since said that the issue has now become even worse.