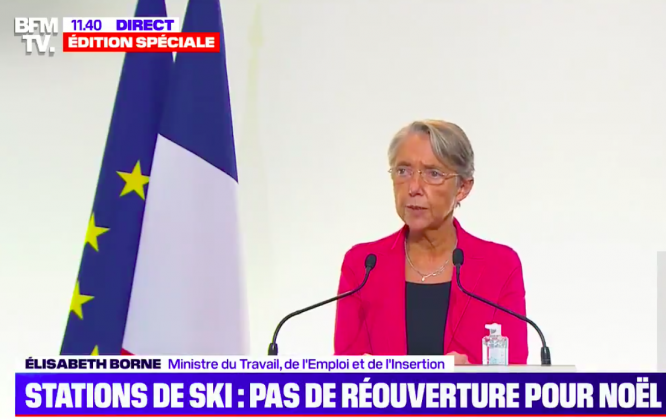 Work Minister Elisabeth Borne has announced an “exceptional” financial aid package that will help 300,000 people affected by employment insecurity this winter as a result of the health crisis.

Ms Borne made the announcement in an interview with news source Les Echos, released today (November 26), and also spoke at a press conference this morning.

She said the aid package would target people such as seasonal workers, who no longer have work over the winter season, but who had worked a “significant amount, even if they had alternated between periods of work and unemployment” before the health crisis began.

In practice, this means that people who worked more than 60% of the time in 2019 will be guaranteed funds of €900 per month over the next four months.

Almost a quarter of the funds will be allocated to 700,000 young people, and money will be distributed by unemployment service Pôle emploi.

Ms Borne also spoke about other measures available for young people struggling to find jobs, including aid of up to €550 per month along with practical support such as help finding internships.

Ms Borne also said that businesses closed due to Covid-19, such as restaurants, would continue to receive partial unemployment benefits paid by the state, and said employees in all sectors should continue to work from home as much as possible until the Christmas holidays.