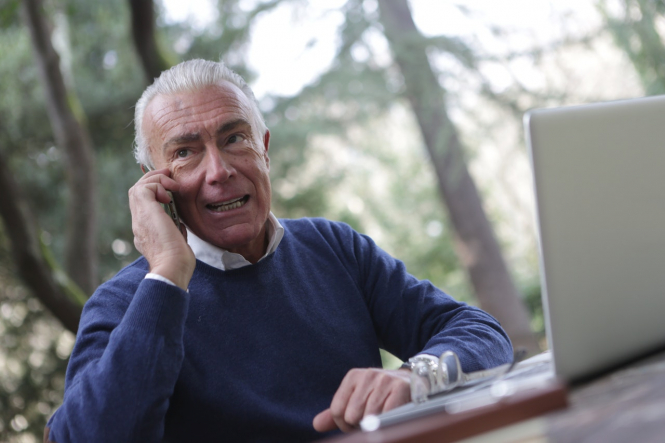 People aged 75 and over who have not yet been vaccinated will be called directly to book an appointment, among other Covid updates in France
By Hannah Thompson

No new measures yet says President Macron, amid increased calls for over-75s to be vaccinated, and the shopkeepers selling non-essential items outside in Dunkirk. We round up Covid-19 updates.

Earlier this week, the President said that “new measures will have to be taken” in the next few days and weeks, but none have yet been confirmed. And in comments published today, Mr Macron said: “We will consider the efficiency of the measures and we will take more if necessary. Nothing has yet been decided.”
The President said that the science is never “unanimous” and that sometimes “the facts of today can contradict those of yesterday”. He continued to defend his decision to not lock down the country earlier this year, saying that “other tough confinements [in other countries] have not stopped the epidemic coming back”.  He added that closing schools would be “last resort” in France.

Assurance maladie health workers are to telephone all eligible people aged 75 and over in France who have not yet been vaccinated to invite them directly to make an appointment.

Half of the almost 7 million over 75s in the country - around 3.5 million people - have not yet been vaccinated, Mr Macron said this week, but a new phone system will be put in place to invite them to make direct appointments and receive their jab.
Thomas Fatôme, director general of Assurance maladie agency la Cnam, told newspaper Le Parisien that some over 75s had tried to get an appointment initially, but had not been able to, and so had given up or not got around to trying again.
He said that this “call system” had few refusals, and that it can be the added push people need. He said a trial of the system in Seine-Saint-Denis had successfully boosted vaccination numbers of over-75s in the department up to the national average (50%).
President Macron also called on all over-75s who have not yet been vaccinated to do so.

A rule has been introduced allowing the sale of goods outdoors to promote equality between shops, Dunkirk mayor Patrice Vergriete said. Under the extra restrictions, shops selling non-essential goods would otherwise be required to close. Shops wishing to take part are invited to contact the mairie.

Shopkeepers are allowed to set up their stalls as long as they leave “a corridor” of at least one metre to allow pedestrians to walk through and respect physical distancing. Gatherings of more than six people are still not allowed.

Currently 19 departments in France are under extended restrictions in a bid to curb the spread of Covid-19, and 24 further departments are on heightened alert.

Many healthcare workers have said that the current rules do not go far enough, and that a full lockdown is needed.

6 hours ago
4
Returning to UK from France: How to get a French Covid test