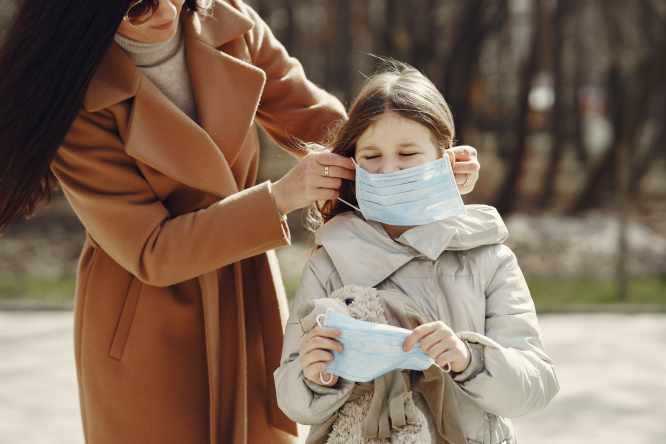 Children are at lower risk of contracting or spreading coronavirus SARS-CoV-2 - which causes Covid-19 - results of a study conducted in France released yesterday (Thursday, June 4) show.

“This illness [Covid-19] affects adults, essentially. The most serious forms and deaths occur almost exclusively in older people or those with additional conditions.”

A total of 605 children under the age of 15 took part in the study in Ile-de-France, which was one of the areas in France most heavily affected by the virus.

The children were tested by 27 local paediatricians who took part in the research during confinement, between April 14 – May 12.

Of the children tested, just over half (53.2%) presented no symptoms of the virus.

Just under half (46.8%) only experienced light symptoms including fever, coughing, loss of taste, and diarrhoea, amongst others.

Both PCR tests and blood tests were used in the trial.

In the study, only 11 out of 605 children tested positive with PCR tests. Meanwhile, blood tests found that antibodies were elevated in 65 of the children.

Of the children who did get positive results from PCR tests, contact with someone infected by SARS-CoV-2, was the only significant infection risk factor to which they were exposed.

The majority of those who tested positive for Covid-19 in blood tests had also been in contact with an infected adult, most commonly a family member.

The study also referenced previous research that found that PCR tests taken by children were three times more likely to be negative than those taken by adults.

Authors of the study claim their results show that “children seem to be less frequently infected by SARS-CoV-2 and potentially less contagious than adults".

This follows widespread calls from paediatrics in France for children to return to school.

They wrote: “Nearly all children who have been infected by Covid-19 have been in contact with adults. Reconnecting with their playmates should not be considered to be exposing children to particular risk.

“It is important to remember that collectives of children, in creches and classes, have continued during confinement, notably for children of carers. No epidemic developed in these groups of children, even when viral circulation among adults was strong.”

They also pointed out, using data from May 5, that in France only two children under the age of 15 had died from Covid-19.

A study in Crépy-en-Valois (Oise), led by Arnaud Fontanet from research institute l'Institut Pasteur, found that lycée students aged 15-18 were almost four times more likely than their family members to have coronavirus antibodies.

However, the study found, teachers in lycées were the more likely to be infected, with 43% of teaching staff having antibodies, compared to 38% of teenage students.

The study was led by l’Association Française de Pédiatrie Ambulatoire (the French association for outpatient paediatrics) and although showing children are significantly less likely to contaminate or be contaminated by Covid-19, the authors point out there remain questions to be answered due to the conditions under which it was run.

The study was conducted during lockdown, when schools were closed, family members were confined together and infection in the general population was suppressed. A second similar study, to be conducted once creches and schools have reopened, has been suggested.

It also did not cover children and adolescents who have been hospitalised with Kawasaki, a rare respiratory illness with suspected links to coronavirus.