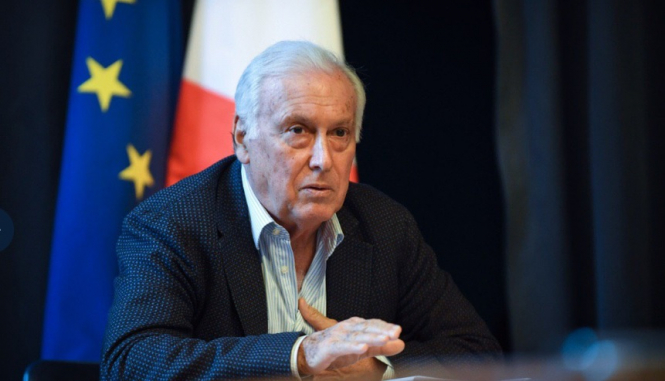 “Where we once had tens of thousands of cases - around 80,000 new cases per day at the beginning of March before confinement - we now estimate that we are at 1,000 per day, thereabouts.

“This shows that there has been a significant drop. And especially, we have all the tools to test for these new cases. We have the tests, we have a system that comes after with self-isolation and contacting people, which obviously allows us to avoid [the virus] spreading.”

The comments come one day after Le Conseil Scientifique published new advice for “four probable scenarios” in the next few months, as the country continues to recover from the Covid-19 crisis.

These scenarios range from “most favourable”, which is the “epidemic under control”, with only a few “local cases that can be controlled”.

The others include “critical clusters that risk causing a loss of control over the chains of contamination”; “a gradual restarting of the epidemic at low levels, which is difficult to identify”, and lastly, the worst-case scenario, which the document defined as “critical worsening of indicators, and a loss of control”.

Yesterday, Professor Delfraissy said that the first scenario was the “most probable”. Today, he said that the country was currently at this level.

He said: “This is linked to confinement, and also to the fact that the virus is sensitive to a certain kind of temperature.”

Yet, the Professor explained that even in this best-case scenario, caution was advised.

He said: “The first point is to ask everyone and our citizens, in this optimistic scenario where the virus is controlled, to still maintain a certain number of measures to fight the epidemic.”

To this end, Le Conseil Scientifique has called on the government to put in place “a big prevention plan” to avoid the situation worsening.

Measures should include a systematic testing system for care workers in care homes, the establishment of several heatwave plans to protect elderly people as summer approaches, and the idea of putting certain towns “under protection” for “a limited time”.

Yet, he said it was unlikely that the country would need to enforce a second confinement period.

Professor Delfraissy said: “Whatever happens, we will not be able to redo widespread confinement in France. The first time, it was indispensable, we had no choice; but the price to pay is too high.”

Similarly, intensive care worker at the Bichat hospital and member of Le Conseil Scientifique, Lila Bouadma, told news source BFMTV: “The consequences - especially the health consequences - [of a second period of confinement] would be too high. We know that many people did not seek medical care during confinement.”

Currently, there are 1,163 people in intensive care for Covid-19-related reasons nationwide.