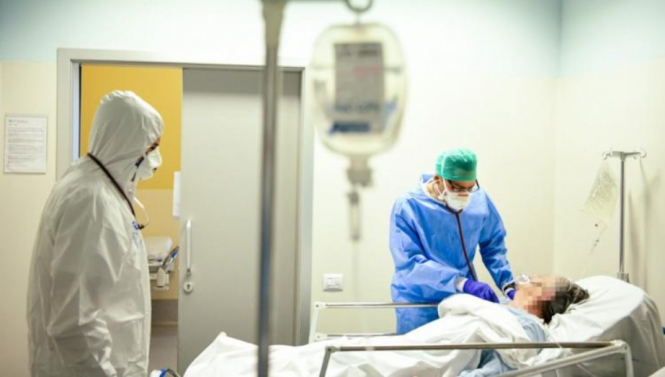 France could risk “a second wave” of the Covid-19 epidemic as deconfinement begins, scientists have suggested
By Connexion journalist

Prime minister Edouard Philippe himself admitted that the government’s approach was cautious, and that the deconfinement process would need to be adapted to the changing situation.

He said: “If the numbers [of the epidemic] remain low, we can congratulate ourselves, and move into a new phase. If this is not the case, we will deal with the consequences and adapt. I obviously wish to avoid this hypothesis at all costs, but it would be unreasonable to not mention it.”

Samuel Alizon, researcher at scientific centre le Centre National de la Recherche Scientifique (CNRS) at the infectious diseases laboratory in Montpellier, told newspaper Le Figaro: “If, thanks to epidemic control tools such as the wearing of masks, mass testing of people who have been exposed [to the virus], and the tracing of contacts, we manage to reduce the R enough, and to maintain it at today's level - i.e. around 0.5 - we can expect a slow reduction in the disease and even its disappearance as long as these measures last.

“On the other hand, if we relax the pressure too much and the R goes just above 1, we will experience a second epidemic wave during the summer that will be much stronger than the one we are currently experiencing.”

Further analysis by newspaper Le Figaro said: “The threat of a ‘second wave’ is very real.” It explained that the current situation (on May 11) is “not very different to that of the beginning of March”, with 300 infected people in intensive care on March 15; versus 3,147 on May 6.

It added that the level of national immunity was “well under the threshold needed to create collective protection”.

Two months of confinement has allowed the country to dramatically reduce the rate of transmission - known as “R” - from three per person a few weeks ago (the number of people who one ill person infects on average) to less than one now.

It is thought that leaving confinement may cause this R factor to rise again, with the spread taking a few weeks to become apparent, giving a false sense of security at the start of deconfinement.

An article by modellers at major Paris hospital group l'Assistance Publique-Hôpitaux de Paris (AP-HP) - which has not yet been peer-reviewed - said that “even despite barrier methods, a ‘second wave’ is inevitable”.

The article said that the population was still “vulnerable”, echoing a study by researchers at Harvard University in the US, which was published in April in the academic journal Science. It said that without a vaccine or a cure for the virus, control measures and barrier methods would need to be extended until at least 2022.

Dr Philippe Juvin, mayor of La Garenne-Colombes (Hauts-de-Seine, Île-de-France), and head of emergency at the European Research Hospital Georges Pompidou in Paris, told news source CNews: “The reality is that when people start to go out, if we consider than only 5% of the population has been exposed to the virus - according to figures from [medical centre] l’Institut Pasteur - I do not see by what miracle the 95% of the population that has not [yet] come into contact with the virus, will not be affected.

“So that is why I fear this ‘second wave’. [But] we must be cautious. If it doesn’t happen, then even better.”

It also said that it depends on the definition of a “second wave”.

The study - which modelled 30 possible scenarios - said that some kind of rise in cases is inevitable.

Yet, it said that it would be possible to avoid cases climbing as high as they were before confinement, and during the peak of the epidemic, if deconfinement measures were implemented strictly and carefully.

Dr. Vittoria Colizza, research director at Paris public health and epidemiology institute l'Institut Pierre-Louis, told Le Figaro: “Confinement has allowed us to reduce how much the virus spreads. We have, in some ways, a second chance to control the epidemic.

“But we are now better organised, and we know the virus a bit better [now] compared to two months ago.”

Dr. Colizza has said that work by her team suggests that the mantra “protect, test and isolate” should be the country’s key objective.

France must be able to “identify and isolate” at least 50% of all ill people in Ile-de-France, it said, otherwise “the contagion will start again, and our health system will not able to cope with the shock”.

Some scientists have said that the seasons could have an effect on the spread of the virus, too.

It may spread less with warmer weather and higher humidity in the air, some hypotheses have suggested. This could lead to the spread slowing down in summer - giving researchers more time to develop a cure and/or a vaccine in the meantime.

Professor Jean-François Delfraissy, president of government scientific advice council le Conseil Scientifique, said on April 26: “If a treatment, even an imperfect one, allows us to limit the most serious effects, or put forward a preventative measure for the most at-risk people, then we will have a much more serene Rentrée [return to society in September].”