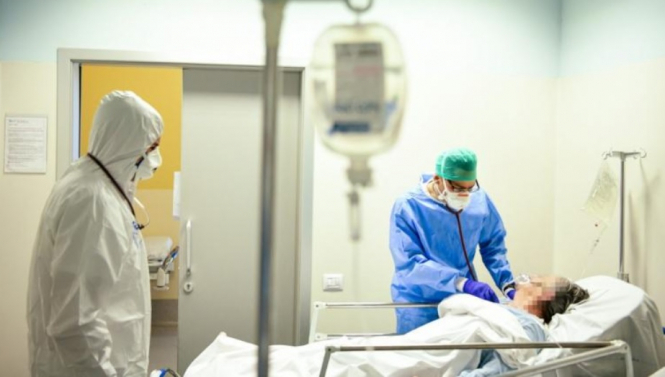 A jump in the number of infections post-confinement is widely expected, as people begin to leave their homes and schools reopen from May 11.

This is partly a sign of how effective confinement has been in slowing the virus spread, according to a study by medical research centre l’Institut Pasteur in Paris, which showed that the policy had “had a significant impact on the spread” of the virus, reducing it by 84%.

Read more: Confinement in France had ‘massive impact’ on Covid-19

Government scientific advice council le Conseil Scientifique has warned that the reverse will also likely be true. It said: “A too-sudden drop in control measures [confinement] could translate into a sharp rise in the number of severe cases, requiring hospitalisation and intensive care.”

Many studies attempting to predict the virus behaviour and spread suggest that a “second wave” may be inevitable, especially if deconfinement measures are not carefully implemented.

It also said that it depends on the definition of a “second wave”.

The study - which modelled 30 possible scenarios - said that some kind of rise in cases is inevitable.

Yet, it said that it would be possible to avoid cases climbing as high as they were before confinement, and during the peak of the epidemic, if deconfinement measures were implemented strictly and carefully.

This conclusion is similar to that of the Institut Pasteur report.

One of its authors, Simon Cauchemez, told news channel BFMTV: “It is clear that if all the control measures are just dropped on May 11, we will really see a resuming of this epidemic and a health crisis along the same lines as we have just had.”

Samuel Alizon, a researcher at le Centre National de la Recherche Scientifique (CNRS) told news source Mediapart: “Our initial work, according to a very simple model, showed that a confinement strategy applied for one month would reduce the R0 [spread] by 90%, which would certainly cause a decline in the epidemic.

“But this would be followed by a rebound after that strategy is lifted.”

Studies from abroad suggest that the virus could continue to spread until well into 2022, pending the search for a safe vaccine.

A study by researchers from US university Harvard, published in the journal Science on April 14, said that a “brief and intense” spike in cases after confinement was looking less and less likely.

More likely would be “recurrent waves of infection”, especially in winter, with social distancing possibly required until 2022.

Another study, from Imperial College London, published on April 16, said that confinement measures had likely led to less collective immunity, meaning that “a second wave of infections will likely be observed” once confinement is lifted.

It is unlikely that a vaccine will be available within at least 12-18 months.

Collective immunity in France is thought to be very low, and far lower than would be needed to achieve a protective level of “herd immunity”, which experts say would need to be at least 70%.

Researchers at l’Institut Pasteur have estimated that national immunity is at between 6-11.8%, depending on region.

On April 12, Inserm said: “Lifting confinement without a proper strategy will inevitably lead to a significant rebound [in cases], because we estimate that immunity among the population is still very low [due to confinement].”

Read more: Confinement in France had ‘massive impact’ on Covid-19

Yet, this does not mean that lifting confinement on May 11 is a bad idea, nor that it will not be effective.

The government has this week announced that deconfinement measures will be rolled out differently depending on the state of the infection by department.

Scientists have said that while a rise in the number of infections after confinement is likely, a careful deconfinement strategy will help to reduce the intensity of the spike, as well as its duration.

Inserm has said that “prolonged measures” could postpone the “second peak...by at least a month and a half”, and reduce its intensity by “more than 80%”, compared to a sudden deconfinement with no continued safety measures.

Yet, it said that there was still a risk that intensive care units could be “overwhelmed” again, and that to avoid this, social distancing measures should continue, coupled with “an aggressive testing strategy to quickly identify and isolate contagious individuals”.

The government has said that it plans to introduce wide scale testing post-confinement, but it is not clear whether this will be at the level recommended by Inserm.