Covid-19 will recede over summer in France - Institut Pasteur 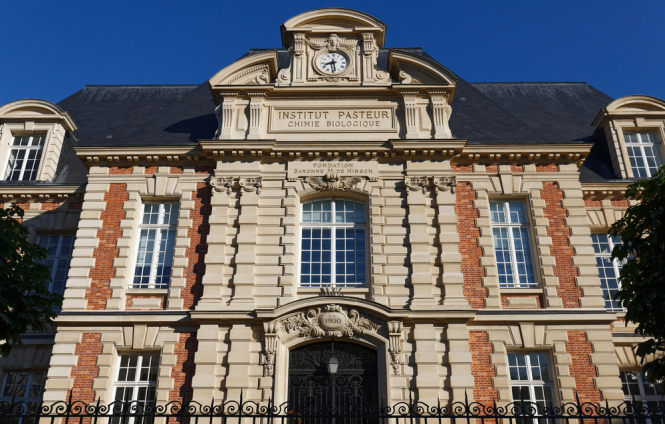 The projections come from the Institut Pasteur in Paris, but it pointed out the results did not amount to "predictions" Pic: Petr Kovalenkov / Shutterstock

There will not be a UK variant surge of Covid-19, and the pandemic will recede over the summer as long as vaccination continues and people remain vigilant, research centre l’Institut Pasteur has said in its latest projections.

The new modelling data, released on the institute’s website, suggest that  – based on its hypothetical scenarios – there will be an “acceleration of the decline in the epidemic”, and that there will likely not be “a significant reprise of the epidemic due to the B.1.1.7 (UK) variant”.

The variant of the virus first discovered in the UK is now the most dominant strain in France.

The report said: “The acceleration of the decline in the epidemic, and [acceleration] in vaccination observed in recent weeks places us in favourable conditions for the summer.”

These projections are dependent on several conditions, it continued.

“To avoid the risk of an epidemic rebound this summer, it is preferable that the current decline in infections and hospitalisations be maintained for a few more weeks and that the current rate of vaccination be maintained or increased” between now and June 9, when the next stage of deconfinement is set to go ahead, it said.

However, if these conditions are not met, the epidemiological situation could be considerably worse, the predictions suggest.

The report warned that “lifting braking measures” too fast could cause a “significant rise in hospitalisations”.

It said: “If the drop [in cases and hospitalisations] stops after the second stage of the reopening calendar and the level of transmission rises again after this date, the epidemiological situation during the summer will be more uncertain.

“In this scenario, an epidemiological rebound cannot be discounted.”

Yet, it added that such a rebound was likely to “stay, in all scenarios, smaller than the third wave”. The size of any such increase would depend on factors such as contagion rates between mid-May and the end of June, the speed of vaccination, and any increased contagion from the UK variant.

Professor Arnaud Fontanet, an epidemiologist at the Institut Pasteur, and a member of government advisory body le Conseil scientifique, told BFMTV: “The Indian variant arriving in France could make the situation difficult.”

He said that 60% of the population would need to be vaccinated in order to be at “a much more comfortable level”.

The predictions are made on two main scenarios; including one that considers a rebound of the epidemic from May 19 (when terraces and public places reopened), and another that looks at the possible numbers from June 9, the next stage of deconfinement.

For each, different hypotheses are tested, such as the UK variant being 60% more contagious than other strains, versus if it was 40% more contagious; and the difference in results if France administers 500,000 vaccinations per day, versus 700,000.

The most pessimistic scenario considers a higher contagion of the variant, and a lower level of vaccinations.

Stages to end of lockdown

It comes after France last week reopened cafe and restaurant terraces, cinemas, museums, and non-essential shops; and extended the curfew to 21:00, in the latest stage of the government’s plan to end lockdown gradually.

The next stage in the process from June 9 will see increased capacity in public spaces, and the curfew extended again to 23:00.

Professor Fontanet said: “If by June 15, we manage to drop below 5,000 daily cases, and 100-200 hospitalisations per day, we will really be in a new era of the epidemic.”

The most recent figures from Santé publique France show that there were 2,229 new cases in the past 24 hours – considerably lower than the target suggested by Professor Fontanet.

Yet, there were still 4,018 new hospitalisations over the past seven days; the equivalent of 574 new admissions per day – considerably higher than the professor’s target.

The Institut Pasteur models have been made based on data from summer 2020, when public spaces such as nightclubs had not yet reopened, but mask wearing was not common, there were fewer tests available, and no vaccines.

The report said: "It is likely that transmission conditions in May-June [2021] are halfway between those of winter and summer (due to climatic factors, and in terms of social interactions).

Yet, neither of the scenarios have taken into account the spread of any new variants that are resistant to vaccines, which, it said, could “complicate the situation”.

It also warned that France could see significant differences between regions as the epidemic evolves.

It said: “Some regions such as Ile-de-France had a higher proportion of its population infected, so that could partly protect them.”

The Institut Pasteur was keen to point out that “these scenarios are not predictions. They are trajectories suggested that depend on the hypotheses posed. If these hypotheses do not occur, then the dynamic observed could be different to these projections”.

Unknown elements that could change the scenario include the emergence of new variants, such as the Indian and Brazilian strains, which could, it said, “partially get around the immunity conferred after vaccination”, but also change the immunity gained after infection.

Lastly, it said that a decline in the epidemic did not guarantee the end of the health crisis.

This is because "autumn and winter are more conducive to the transmission of SARS-CoV-2 than summer. The fact that the virus does not circulate much during the summer does not rule out the risk of recurrence this autumn.

“To limit this risk, it is important to maintain the vaccination effort this summer and to ensure that a high level of vaccination coverage is achieved in the autumn.”

France has so far reached its vaccination goals, with 20million people having received at least one injection by mid-May, and the country on track to give 30million first injections by mid-June.