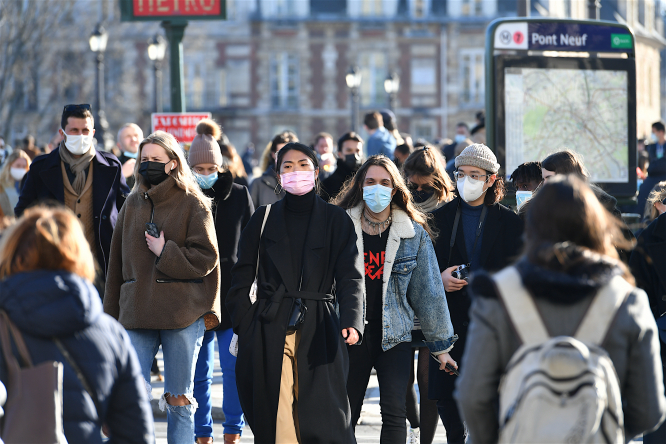 Professor Delfraissy said that France needs vaccinations and barrier methods in order to face up to the virus over the winter Pic: Oliverouge 3 / Shutterstock

The fifth wave of Covid is here and has been gathering pace in France since mid-October, and the vaccine and booster jabs are key tools in fighting it - and we could need regular vaccination, the head of the government’s scientific body has said.

“This shows that we must have vaccination and barrier methods at the same time.”

He said that the rising cases did not mean that vaccines are “a failure” but that we must “know how to use them” because they “lose their effectiveness after five or six months, hence the need for a third [booster] dose”.

He said that while vaccines help reduce the severity of the illness and risk of death, they “protect relatively little from infection and transmission”.

Professor Delfraissy said it was clear that France was seeing a rise in infections.

There were 19,778 new contaminations recorded in the past 24 hours on Tuesday, November 16.

He said: “There is a clear acceleration of the fifth wave, and we will see that in the weeks ahead. We are in the winter phase, where the virus is probably spreading more and we are more closed in, we live indoors more [than in the summer].”

He said that this winter was not exactly the same as last year, however.

“The biggest difference compared to last year is that we have the vaccine [but] we also have a variant, the Delta variant, which is extremely contagious and I think we don’t yet understand it enough, including within the medical community,” he said.

“We probably have the capacity to face up to this fifth wave, on the condition that we use all the tools in our toolbox. We must vaccinate the people who are not vaccinated, with the third dose, and also by using barrier methods at an individual level, and finally apply the health pass.”

Regarding the third dose being extended to all the general population, and no longer only to the over 65s, he said: "I said in September, we will arrive at a third dose for all. It is being done for the elderly, but some populations are behind, such as the obese."

For Prof Delfraissy, "there is no urgency for younger populations. Because they were vaccinated later".

"After a third dose, there is a much stronger immune response, ten times what we observe after the second dose. But we don't know if this will last over time.

The chairman of le Conseil scientifique “does not rule out the possibility that, if this virus becomes endemic, we could end up with a regular vaccine every year, like the flu".

Why, despite Covid, do many people in France report feeling happier?