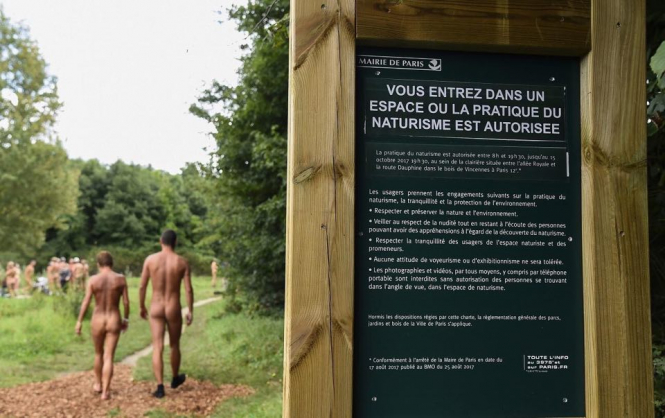 An estimated 100 people braved the very strong sun to strip off for Paris's second journée du naturisme in the Bois de Vincennes on Sunday.

The number of participants reported by France Bleu Paris was much lower than organisers, the Association des naturistes parisiens, had anticipated. They had called on naturists to beat last year's figure of 970 participants - and more than 1,000 had declared an interest on the group's Facebook page.

Organisers said the gathering "is a way to fight ideologies and stereotypes together on a symbolic day in a city that is widely observed around the world".

A naturist area in the Bois de Vincennes, between la route Dauphiné and les allées royales, is open every day until October 13. It is screened from the rest of the park by trees, but it open to walkers.