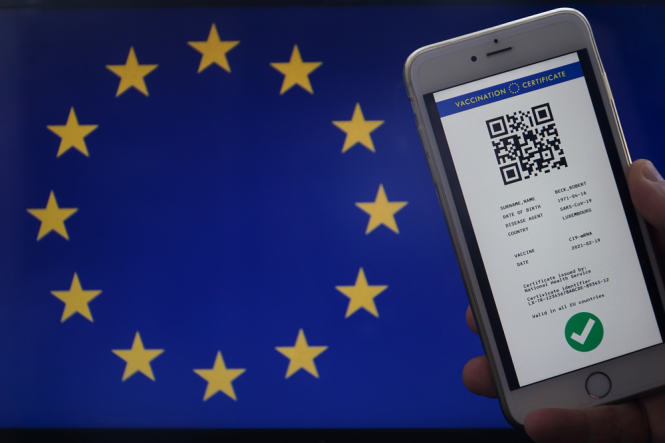 The EU’s Digital Covid Certificate (DCC) scheme is designed to prevent fraud, an EU spokesperson has told The Connexion, amid reports in France that fake Covid vaccination certificates are being sold on social media.

French media reports from this week state that some people are using Photoshop and other editing tools to fake vaccination certificates, which they are selling via social media.

In one case, a seller was found offering fake vaccination certificates for €150, Franceinfo reported.

Frederic Leyret, director of the Groupe Hospitalier Saint Vincent in Strasbourg, said there were many notable errors with the fake certificate.

“The batch number is not correct, there is no signature. It's a DIY, photoshop job,” he said.

The European Commission spokesperson for the DCC scheme said:

“We are aware of reports on fraud involving Covid certificates. We take this very seriously.”

He added that Europol, the EU’s agency for law enforcement, “has been following the issue of pandemic-related fraud since the beginning and is monitoring the developments closely”.

The EU officially launched its DCC scheme on July 1 as one way of reducing pandemic-related fraud. The system allows countries around the bloc to verify secure and uniform Covid-19 vaccination certificates and tests issued in any member state by scanning a QR code.

“The EU Digital COVID Certificate is secure,” the spokesman said.

“It contains a QR code with security features that cannot be falsified and pass a verification check. This is why the Commission has set up a system that allows the verification of the authenticity of QR codes across the EU.”

However, the investigation team at Franceinfo also found a seller offering real vaccination certificates with a QR code compatible with the EU’s DCC scheme.

“It is very important that member states take appropriate measures so that points where certificates are generated are well protected. It is also important that vaccination proof is properly checked before a secure EU DCC is generated,” the Commission spokesman said.

France’s Health Ministry states that any health professional involved in this illegal activity risks legal sanctions and losing their licence.

Anyone caught buying or selling a fake Covid-19 vaccination or test certificate risks up to three years’ imprisonment and a fine of €45,000.

The EU’s DCC scheme began officially at the beginning of this month but countries have a six-week grace period to begin issuing the secure certificates with the QR codes. In this period, other vaccination certificate formats can still be used and according to the EU “should still be accepted in other EU countries”.

How to update Covid vaccine certificate to EU format via TousAntiCovid