Etias: New €7 fee to come into Schengen zone is not Brexit related 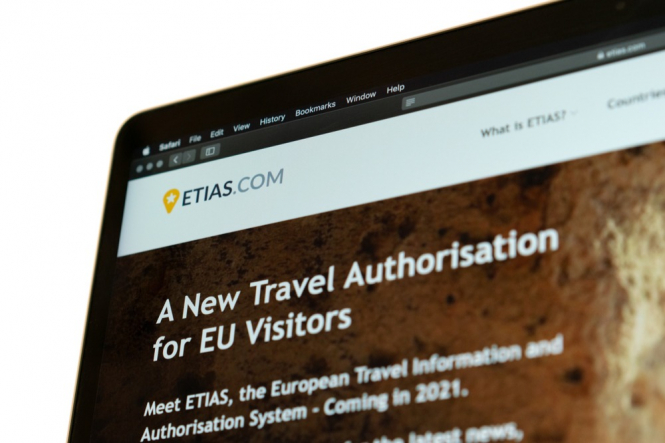 The EU is on track to implement Etias, a new travel authorisation for EU visitors, by the end of 2022 Pic: AndriiKoval / Shutterstock

A €7 document required for travellers with visa-free access to the EU to enter Schengen countries is on track to come into force in 2022 but this is not linked to Brexit, as some UK media reports claim.

The European Travel Information and Authorisation System (Etias) is a document that all non-EU people with visa-free access to the EU, including UK and US citizens, will be required to have to visit the EU.

This will affect, for example, people planning to visit France for under three months - including second-home owners. Anyone staying longer would be required to have a longer term visa.

The European Commission announced on August 3 that it was on track to have the system in place by the end of 2022. It is part of a digital overhaul of security systems aimed at monitoring people entering and exiting Schengen countries.

The UK’s Daily Express describe it as a “Brexit revenge tax” - but proposals for Etias were first raised in April 2016, two months before the UK’s EU referendum, and the British government at the time was one of the main backers of the system.

“The UK government was one of its biggest supporters, obviously prior to the referendum, and Etias was seen as part of the digital securitisation of borders that the UK wanted to lead on in the EU,” former Labour MEP Claude Moraes told The Guardian.

He previously chaired the European parliament’s home affairs committee, which was responsible for negotiating the Etias regulation with the EU.

The Republic of Ireland does not fall under any of these.

Once in place, any British, American, Canadian, Australian, Japanese or other non-EU person with visa-free access to the Schengen countries travelling to France will have to apply for Etias approval in advance, costing €7.

An Etias authorisation remains valid for a period of three years.

“The [Etias] system will cross-check travellers against EU information systems for internal security, borders and migration before their trip, helping to identify ahead of time people who may pose a risk to security or health, as well as compliance with migration rules,” the European Commission stated on August 3.

It will work in conjunction with another digital security system also set to come into effect in the first half of 2022 - the Entry/Exit System (EES).

The EES is essentially an electronic passport check. It will record the details of non-EU citizens entering the Schengen Area, including name and passport details, entry and exit dates, a photograph and an image of the traveller’s fingerprint, and will replace the need for a passport stamp.

In July this year, a prominent UK politician sent a 53-question letter to the UK’s home secretary Priti Patel with queries about how the UK intends to prepare for the EU’s planned EES and ETIAS systems.

Baroness Sally Hamwee, a Liberal Democrat politician in the UK and the chair of the House of Lords Justice and Home Affairs Committee, asked the home office for clarification on how it intends to raise public awareness about the launch of Etias and EES, and how it intends to work with embassies and consulates of EU states to raise awareness of the systems’ implications.

She said that she is expecting an answer by September 6, 2021.

Lord Peter Ricketts, former UK ambassador to France and member of the House of Lords Justice and Home Affairs Committee, tweeted in July that it was "important to raise awareness of what’s coming" with relation to the changes.

The EU Commission has said the Etias process will be “simple, fast and affordable”.

“Visa-exempt non-EU nationals will only need a few minutes to fill in an online application which in a vast majority of cases (expected to be over 95%) will result in automatic approval.”