Fears for ski season as lifts stay closed in France 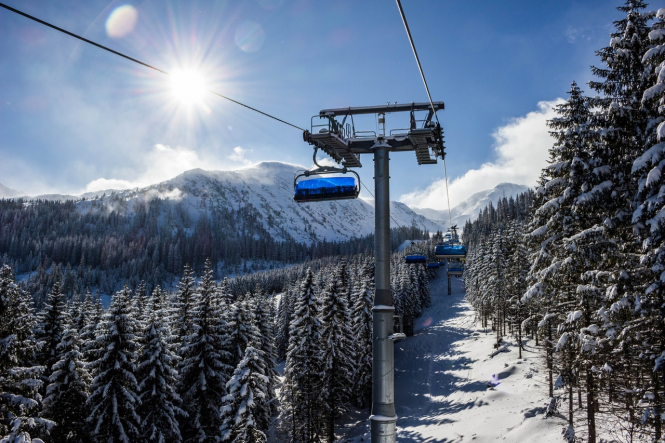 Ski lifts in France will not reopen to the public today as previously expected, the government has confirmed, leaving ski station workers frustrated and calling for a definite reopening date in February to “save” the season.

He said: “The government is aware that there is a need for visibility in the mountain sector, and we are committed to giving them this visibility for the rest of the season as quickly as possible.”

Yet, he added that no definite date had yet been set for the delayed reopening, and said it would not be decided before next week’s defence council meeting.

Prime Minister Jean Castex had previously suggested the January 7 date, but said it would always be “according to the changing health situation”.

Mr Lemoyne said: “We can see that the health situation in France is, at best, at a certain level in terms of new cases and people in intensive care. That is why it has not been possible to meet the reopening date of ski lifts on January 7, which was always conditional on the changing health data.”

Fears for the rest of the season

The industry has responded with frustration, and fears that their industry may be irreparably damaged by the lack of business this season.

Jean-Luc Bloch, president of mountain mayor association, l'Association nationale des maires de stations de montagne (ANMSM), said: “We have had enough, we need a definite and certain date, and they need to stop taking us for a ride.

“We’re allowed to take a plane, a train, the metro, but the mountain is dangerous? We no longer understand.”

He added that trust for the government among mountain workers was gone.

Alexandre Maulin, president of ski association Domaines skiables de France (DSF), said: “We are walking around blind in a fog when it comes to the survival of our economic model.”

He said the lack of international customers was a major cause for concern. DSF had already called on the government to “take action and make a decision” earlier this week.

Eric Bouchet, director of the tourism office in the Deux Alpes (Isère), said: “The most important thing is that we get a definite date [for reopening]. If not, this could mean we will not open in February, and this will have a domino effect so we will not open for the rest of the season.”

The DSF said: “Four weeks away from the February holidays, there is a major need to get all the stations ready, as 80% of Christmas business did not happen. Skiing is not a ‘risky’ activity.”

The frustration has been particularly acute in the Alps, as the snow has been at record levels this year, meaning that in a normal year, the season would likely have been especially good.

The small station of Gréolières-les-Neiges, Alpes-Maritimes, has seen powder at a height of 1m40, almost a 10-year record.

Station director Jean-Paul Rouquier told local news source France3: “The snow is superb, it is cold (-20C at night), these are ideal conditions. It is really such a shame.”

The industry has estimated that a total of €1.5billion has been lost due to closures during the Christmas period.