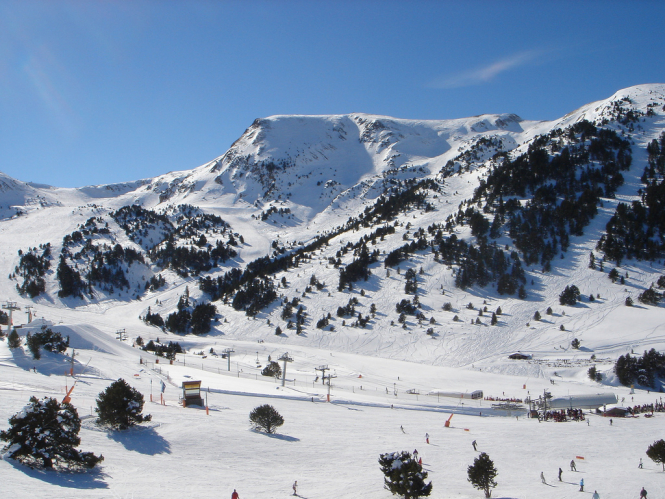 Ski stations in Andorra are beginning to open up, but for the moment French residents cannot access them
By Hannah Thompson

Andorra has reopened its ski stations, but only to residents, with visitors from France and Spain set to be permitted to cross the border only from January 9, depending on the ongoing health situation.

The independent principality began opening its ski stations and ski lifts on Saturday January 2, but only for access by residents, said government head Xavier Espot.

Around 30-40% of ski stations in the principality are now open. Masks are obligatory on the ski lifts, which are limited to 50-75% capacity. A distance of 1.5m must be maintained between people in queues.

Access to residents from France and Spain is only set to be open from January 9 at the earliest, depending on the changing health situation in each country, Mr Espot said.

He said: “It is a very complex situation [which requires] many checks [and adjustments]. We cannot open the stations in an irresponsible and non-thought-out manner.”

He added that Andorra could not take the risk of France and Spain deciding to close its borders and stop its residents from crossing completely, “because we did too much too soon”.

Mr Espot said that the opening of ski stations had not been a “unilateral decision”, and had been made in consultation with authorities in France and Spain.

Andorra Tourism Minister Veronica Canals told news channel BFMTV on Saturday that the principality had only opened its pistes to residents “in solidarity with France”, and that Andorrans would be subject to ID checks before buying access to ski lifts to ensure that they have the right to be on the ski fields.

So far, French residents will not be allowed to cross the border into Andorra to ski. The prefecture of the Pyrénées-Orientales said that checks will be taking place at the French border.

Andorra will be looking to make up significant business as its stations open, as 30-40% of the principality’s GDP traditionally comes from the winter sports season.

France had been scheduled to open its own ski stations from January 7, but on Wednesday, government spokesperson Gabriel Attal said that this was “very unlikely” to happen due to the still-high levels of Covid-19 in the country.

Warning for French skiers heading to Spain or Switzerland