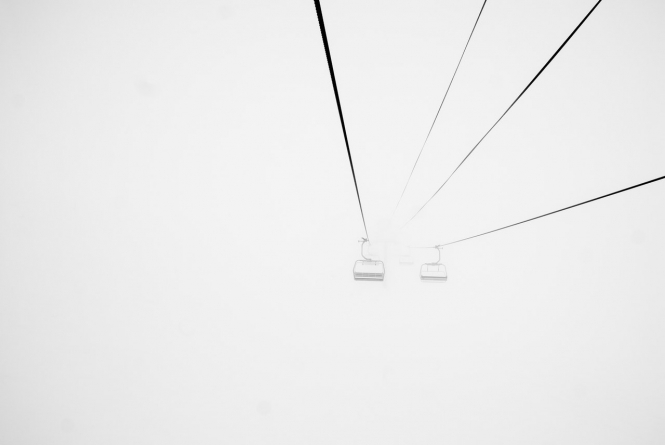 Ski lifts in France are to reopen for members of official clubs or sports associations, it has been confirmed, although they will remain closed to members of the public, as more European ski stations close.

A decree to that effect was published in the Journal Officiel on Saturday December 5.

It authorises a certain number of exceptions for use of the mechanic lifts in ski stations.

Junior minister for tourism, Jean-Baptiste Lemoyne, has also promised further exceptions for people who have businesses on the slopes.

He told news source Europe 1: “We will put exceptions in place. We must help seasonal workers, who will be eligible for partial unemployment [benefits], and we must help businesses.”

Mr Lemoyne said that Prime Minister Jean Castex is set to meet with representatives of the industry next week, at which point further exceptions will be announced.

The decree came into force after calls for the new rules from professionals and local MPs representing the industry.

Previously, the French government had said that all ski stations, including all ski lifts, must remain closed over Christmas, due to the increased pressure that skiing would put on hospitals already creaking under the weight of the Covid-19 epidemic.

On December 1, the Ecole de Ski Français (ESF) stated: “The closure of ski lifts will lead to a lack of security work and as a result an increased risk for practitioners, such as rescues, avalanches, accidents…”

But the decree has so far had a mixed response. ESF has not yet commented, but Charles-Ange Ginesy, department council president of the Alpes-Maritimes, has denounced the move as causing an “incomprehensible situation”.

He said that the decree will cause “very discriminatory conditions that nothing justifies” and will “leave most of the other users at the bottom of the pistes”.

The news comes as several neighbouring nations have also limited access to ski resorts over Christmas, some in solidarity with France’s decision to keep them closed.

Andorra decided, on Friday December 4, to also close its ski resorts and ski lifts over Christmas, and only reopen in 2021.

Its three stations: Grandvalira, Ordino-Arcalis, and Pal-Arinsal, were originally set to reopen on December 4, but the Andorra government instead decided to “show loyalty” to France and Spain, and postponed the reopening until next year.

The decision is likely to have a major economic impact: the majority of skiers to Andorra usually come from Spain, followed by France and the UK, and the winter season represents 30-40% of business.

Yet, France has allowed residents of the border departments, the Ariège and Pyrénées-Orientales, to go to Andorra to shop.

The 20km attestation form radius therefore does not apply in this case, but people travelling from France still need to fill in an attestation form to travel, ticking the “achats de première nécessité” box.

Andorra thanked President Emmanuel Macron - who is “co-prince” of the principality - for the move, which is expected to bring much-needed funds to businesses in the border town of Pas-de-la-Case especially.

French Prime Minister Jean Castex said that Austria had also restricted skiing in its stations in the run-up to Christmas, but planned to reopen on December 24.

He said: “Austria, despite having an economy heavily based on snow, has also taken very restrictive measures in the same direction.”

Mr Castex also said he was “waiting for the position of the Swiss authorities”, after it was announced that Switzerland was planning to open its ski stations as usual - despite France moving to stop people travelling from France to Switzerland to ski over the Christmas period.

Spain has also limited national travel to limit people travelling to ski. Under new rules, people in Spain will only be permitted to travel to the regions of Catalonia and Aragon for family visits - and not for skiing - between the dates of December 23 and January 6.