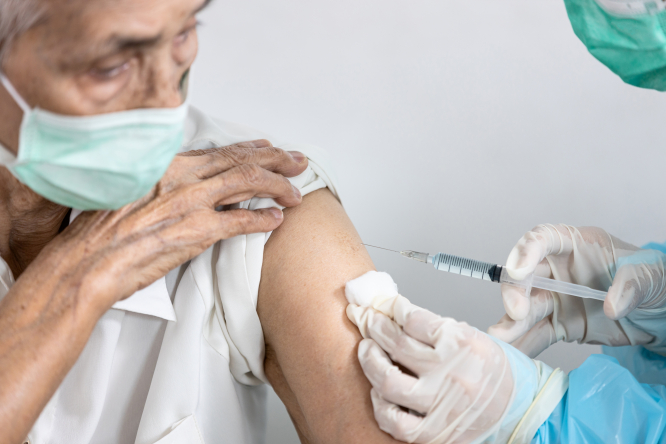 The campaign will make vaccine doses available to some people who are already considered fully vaccinated as they have already received two shots of the Pfizer-BioNTech, Moderna or AstraZeneca vaccines, or, in fewer cases, because they have received one shot of the Johnson & Johnson vaccine.

We explain who is eligible for a booster dose and when to make an appointment.

1. Who is eligible for a booster dose?

Health Minister Olivier Véran said that around five million people will be eligible for a booster dose of the Covid vaccine. These are likely to include:

This list has not yet been validated by medical authorities. An official list of people eligible for a booster dose of the Covid vaccine will be released soon by la Haute autorité de santé (HAS).

2. When will booster doses become available?

From mid-September booster doses will be delivered directly to elderly care homes and long-term medical care units, as this group received their first vaccination at the very start of the vaccination campaign.

Florence Arnaiz-Maumé, from the private care home union Synerpa, told AFP that staff had been “in the starting blocks” for some weeks and were ready to start administering doses as soon as deliveries arrive from pharmacies.

Other eligible people will be able to make their own appointments in vaccine centres or doctors’ offices.

Mr Attal said bookings would become available on sites such as Doctolib from the end of August or early September for appointments from September 15 onwards.

3. Have any booster doses been given already in France?

The HAS first recommended booster doses for vulnerable groups including the sick and elderly on July 16.

Since then, around 100,000 booster doses have been given to people with immunodeficiencies that mean their bodies are less able to fight Covid.

Opinions in the medical community are divided over whether booster doses should be given to everyone, and the duration of immunity after being fully vaccinated is still being studied.

Mr Véran said there was a “consensus” on the need for booster doses for some groups among French health bodies la HAS, le Conseil scientifique and le Conseil d'orientation de la stratégie vaccinale.

The HAS has already recommended booster doses for vulnerable groups including the sick and elderly.

It said they may be required for the wider population, pending studies on the duration of immunity and how effective the vaccines are against Covid variants.

5. Are other countries giving booster doses?

In Israel, one of the fastest countries in the world to launch its vaccination campaign, booster doses are already being given to people aged over 60 to counter the Delta variant.

In Germany, booster doses will be available to vulnerable populations from September 1.

The UK plans to administer 30million booster doses from September.

But the World Health Organisation (WHO) has called for a halt on giving booster doses until the end of September as the ‘vaccine gap’ between wealthy and poorer countries widens.

Head of the WHO, Tedros Adhanom Ghebreyesus, said on August 4: “I understand the concern of all governments to protect their people from the Delta variant but we cannot accept countries that have already used most of the global supply of vaccines using even more of it.

How do France’s Covid vaccine numbers compare with the rest of Europe?