France and e-scooters: Riding too fast can cost up to €1,500 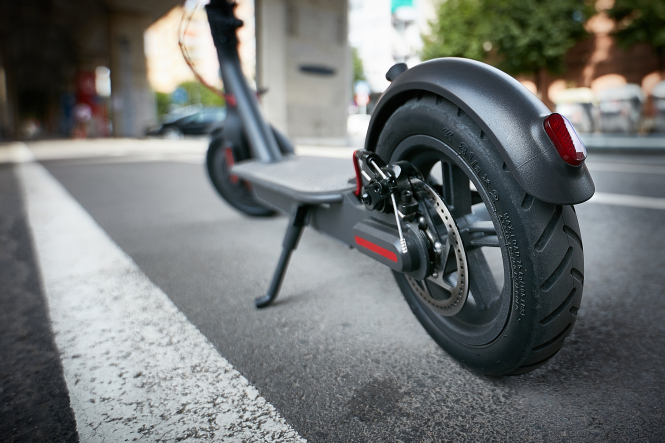 Electric scooters are subject to a wide range of rules. Breaking them can lead to some hefty fines Pic: Andriy Bilous / Shutterstock

Riding an electric scooter too fast in France can cost you as much as €1,500 in fines, a gendarmerie force has warned, as the mode of transport becomes increasingly popular.

The Landes gendarmerie has published a diagram on Facebook reminding people of the rules of the road and the cost of the penalties when it comes to electric scooters (‘trottinettes’ in French).

Fines and rules include

You must also tell your insurance company that you have this type of vehicle, as scooters fall into the official category of EDPM (‘les engins de déplacement personnel motorisé’, or motorised personal transport devices).

Riding without proper insurance can lead to a fine of up to €3,750.

The police force in Rennes took part in an awareness and prevention campaign in September, while the Strasbourg police were also handing out fines and tickets in a bid to raise awareness on October 6.

That police operation resulted in the fining of numerous bicycles and electric scooters, reported 20 Minutes.

Dominique Schuffenecker, director of the prefect's office in Strasbourg, said: "The aim is to protect vulnerable people, those without vehicles. The risk of being killed is greater [when an electric scooter is being used]. Many users are not aware of the danger that this entails.”

During this operation, a young man was taken into custody and his vehicle was seized, because his electric scooter could reach 66 km/h, and he also had his headphones on and no helmet.

Machines that can reach such speeds were sometimes sold in around 2016, when there was a legal vacuum surrounding these new vehicles.

This category of vehicle (EDPM), which includes scooters and items such as ‘hoverboards’, is becoming increasingly popular in France.

According to French insurance federation la Fédération française de l’assurance, 11% of people regularly use EDPMs, while 72% of 18-34-year-olds are considering using them to get around.

Accidents are common; 40% are due to speeding, and 30% are due to being on pavements, said the road safety agency Securité Routière.

In all, 68% of accidents are due to a lack of respect for the rules of the road, it said.