France’s 5,000 Covid case target: What if it is not reached? 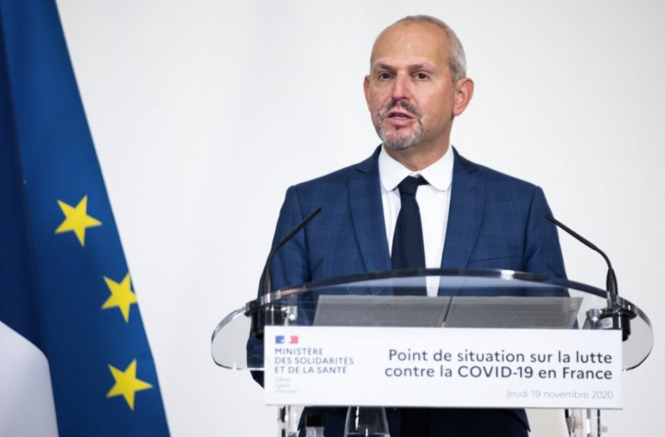 The director general of health said that some lockdown rules will be lifted come December 15 but that France is still far from its 5,000 daily case target
By Hannah Thompson

Lockdown is still expected to lift on December 15 in France, despite the country being far from the government’s target of 5,000 new Covid cases per day - although further measures may also be introduced.

From December 15 - so far - lockdown rules on leaving the house will lift, but it is not yet certain if theatres, museums and cinemas will be permitted to reopen as expected, due to the continuing higher-than-planned daily new cases of the virus.

The update comes from Director-General of Health, Jérôme Salomon, who said in a press conference last night (Monday, December 7) that France was “still far from the objective of the threshold of 5,000”.

He said: “Despite all of our efforts, we are still facing the risk of another epidemic rebound. For several days, the level of daily infections has not dropped.”

The 5,000 threshold target - and the target of around 2,500 in intensive care - was set by President Emmanuel Macron during his November 24 speech, as was the plan to reopen theatres, museums and cinemas.

But while unrestricted movement for the public is expected to be authorised from December 15, the reopening of some public places is now in doubt.

A government source told news service FranceInfo: “People will understand that we do not want to completely drop all the rules just so that we can have a good holiday season.”

On the still-high number of new daily cases, a source close to Health Minister Olivier Véran said: “It is clearly not good news.”

The latest figures from Tuesday 8 December show that new cases in France were at 3,411, with 366 new deaths and a test positivity rate of 10.7%.

The number of positive tests every 24 hours is currently fluctuating between 3,000 and 14,000 per day - including from both PCR tests and antigen tests - with the average currently at 10,500 per day.

Figures have varied wildly between days, with some (such as the most recent) coming in under the threshold, and others coming in far higher.

Over the weekend, Dr Karine Lacombe, infectious diseases specialist at Paris hospital Saint-Antoine, told news channel BFMTV: “We have objectives to reach for December 15, for deconfinement. We are a little worried. [We do not want] so many people to be in intensive care.

“The objective to drop the number of contaminations under 5,000 is going to be difficult, even impossible, because we have actually seen a slight rise over the past few days.”

Epidemiologist and infectious diseases specialist at the University of Montpellier, Mircea Sofonea, told the Agence France-Presse: “The level of 5,000 new cases per day will not be reached by December 15.

“That is the threshold at which it is possible to control the epidemic. The regional health agencies ARS (agences régionales de santé) and Assurance-Maladie will not be overwhelmed by tracing contacts, clusters are not so numerous, and we can stop the chain of infection (at that level).”

Mahmoud Zureik, Professor of Public Health and Epidemiology at the University of Versailles Saint-Quentin-en-Yvelines, told FranceInfo: “All indicators were dropping until very recently, but they have not moved for a week.”

Professor Zureik said that Mr Macron’s target had been “ambitious” from the start, and “very difficult to reach”.

Ministers are set to hold another health defence council meeting tomorrow at the Elysée, for an update on the situation and to prepare another press conference on their plans on the next stages of deconfinement. Further announcements are expected.

The ministry for health stated: “We are closely following the situation, to be sure of what we are looking at and what we need to do. We do not yet know if this is a plateau, a slowing down, or a rebound. This is coming a week before the date set for the public [December 15].

“If the situation remains tense, we will look at the risk, and the measures to take to limit contact.”

If the country does not reach the 5,000 threshold, possible scenarios so far could include:

This could be introduced from December 15 in a bid to continue to limit people’s movements and potential gatherings. This would also have a significant impact on cinemas and theatres. It is not yet clear how long a curfew would be in place.

Government sources have said that it is “too early to make a decision” on curfew measures but the conversation “must take place”. The Prime Minister is said to be seriously considering the measure.

A new attestation form could be required to leave the house, but the government may not introduce this until December 31 in order to not interfere with family Christmas plans (with advice having already been given on rules for the festive period).

The aim - if it happens - would be to introduce new “lockdown”-style measures before the New Year. Nothing has been confirmed at this point.

Read more: Covid rules France: How many friends can come for Christmas?

Why have the daily new case numbers stayed high?

Infectious diseases specialist, Professor Eric Caumes, from Paris hospital Pitié-Salpêtrière, told LCI yesterday that the case totals were probably staying “stable” due to the drop in public restrictions since December 1.

Professor Caumes said that the government’s recommendation that only six people should gather for Christmas, was “reasonable”. He said: “If we are not reasonable during the festivities, there will be a rebound in the epidemic…[which could] cause a third wave come mid-January.”

He said that going “back to normal” would depend on the public’s cooperation with safety measures and the vaccine campaign from January 2021.

He said: “We will only come out of this epidemic with collective immunity, and it would be better for it to be based on vaccines rather than naturally because we know the cost of naturally-acquired immunity in terms of mortality rates.”

But the health minister has so far refused to say if he believes the “stabilising” numbers of cases - as opposed to numbers going down - is linked to the decision to reopen shops on November 28.

He has said that it is too soon to draw conclusions and that this will only be possible in another week.

He said: “We know that we have not yet finished with this second wave” but “we will know in several days” if the figures point to a “wobble” or mark the start of another sustained rise in cases.

Professor Renald Piarroux, head of the parasitology department at La Pitié-Salpêtrière hospital in Paris, appeared to agree with Mr Véran. He said: “We cannot move faster than the music. We will see this week the effects of what was decided eight days ago.”

He did admit that “the trend towards dropping numbers has been less apparent” in line with “a relaxation of measures”.

He has also recently contributed to an open letter in Le Monde newspaper, discussing the possibility of a “third wave” of the virus next year. He wrote:

Some have suggested that winter temperatures may have caused the virus to spread more quickly.

The virus is dissipated more easily outdoors and in well-ventilated rooms, but the cold may be stopping people from regularly opening windows and airing out spaces.

The numbers may also be linked to people starting to move around more despite the continued lockdown.

Engineer Guillaume Rozier, who has created the CovidTracker tool that tracks cases across each department in France, said: “According to the Google data, we can see that from November 15-16, the public started to move around more. They stayed locked down at home less.”

Another wave in January?

Experts have said that a lack of care and continuing high cases now could possibly lead to a third wave come the New Year, and some have said that the situation could be worse than we even think, as the current numbers do not take into account results from antigenic tests.

Antigenic test results are expected to be included in the overall figures from today.

Simon Cauchemez, director of the mathematical modelling department at the Institut Pasteur - and often nicknamed “Mr Projection” of the government scientific advisory body, Le Conseil Scientifique - said: “It is possible that all the cases detected via antigen tests aren’t being counted, which may be giving us a too-optimistic view of the situation.”

As Professor Piarroux said: “That is why it is so important to arrive at Christmas with the lowest number of cases possible. Otherwise, it is no longer workable. The restarting of a new wave is difficult to measure; we will only see it in mid-January.”

He warned: “Those contaminated at Christmas themselves become the contaminants in January.”