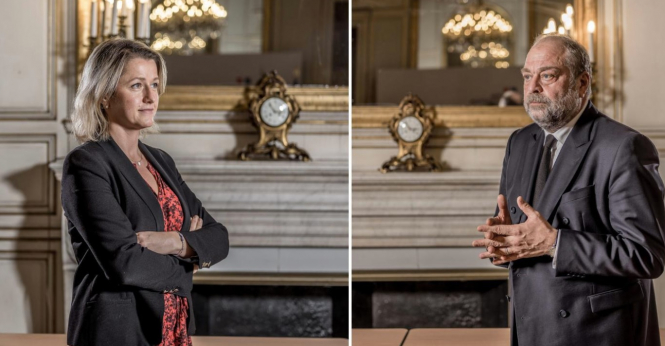 The French government is to create a new offence of “ecocide”, it has confirmed - punishable by fines of up to €4.5million and up to 10 years in jail - after a proposal by the Citizens’ Climate Change Convention last year.

“Ecocide” will now become an “offence”, rather than a “crime”, Mr Dupond-Moretti confirmed.

He told newspaper Le Journal du Dimanche: “We must translate the citizens’ [convention] enthusiasm into the penal code.” This means that the measure will be known as an offence rather than a crime, as the use of the word “crime” would lead to constitutional issues, he said.

The perceived severity of the offence will depend on the pollution caused, and the intention behind it.

Mr Dupond-Moretti said: “We will create a general pollution offence. Penalties will be created based on the intentions of the perpetrator. Sanctions will include three to ten years’ imprisonment, depending on whether we are talking about a careless infraction; or a demonstrably huge violation of responsibilities, and an intentional infraction.”

Mr Dupond-Moretti said: “Yesterday, if you polluted, you would win. Tomorrow, if you pollute, you will pay up to 10 times the benefit you would get from throwing your rubbish into the river.”

A second offence will also be created, called “endangering the environment”.

Sanctions for this offence will be possible even before the pollution has taken place, said the ecology ministry. These will include up to a year in prison and fines of up to €100,000.

Mr Dupond-Moretti said: “The law will aim to punish the deliberate endangering of the environment by deliberate violations of responsibility.”

Ms Pompili said: “This is the translation, in precise judicial terms, of what these historic proponents of ecocide were calling for.”

The two ministers are set to hold a virtual meeting with the 150 citizens who took part in the Convention today (Monday, November 23).

France is set to reorganise the justice system to accommodate the new offence, Mr Dupond-Moretti said. This will include the creation of new environmental courts designed to handle the new cases.

He said: “In each court of appeal, there will be a specialist tribunal informed in civil matters.”

Response to the new offence

The response to the news among eco-campaigners has been mixed, with most saying that the measures do not go far enough.

Ecology campaigner Cyril Dion welcomed an “improvement in the law”, but said: “The proposal presented is infinitely less ambitious than the one suggested by the Citizens’ Convention, and does not correspond to international definitions of ‘ecocide’.”

Green MEP Marie Toussaint, co-founder of the association Notre Affaire A Tous, said: “The government has just announced that it recognises ‘ecocide’, but the descriptions of the measures to come, although welcome, do not correspond to the [necessary] punishment for these serious crimes against nature.”

In an interview on the subject, Ms Toussaint said: “A crime against the planet is an attack on all of us.”

What is ‘ecocide’, the new crime proposed for France?