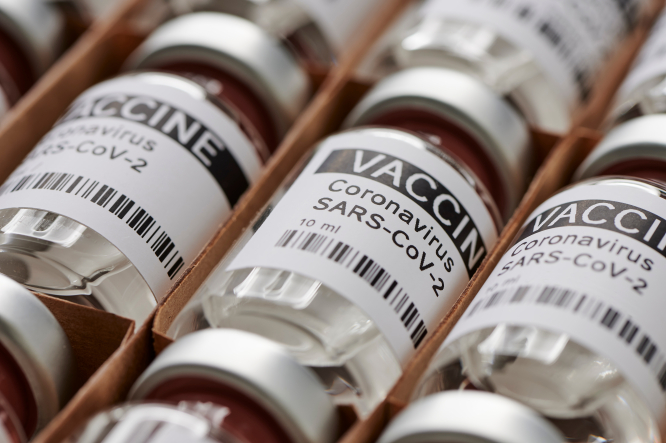 Prime Minister Jean Castex has said that the 50million first doses milestone will be reached around the time that the schools go back this week. Pic: M-Foto / Shutterstock

The French government’s goal to administer 50million first Covid-19 vaccine doses by the end of the summer is set to be achieved within the next week.

Prime Minister Jean Castex originally set a deadline of August 31 in July, but has now said that the 50million milestone will be reached a few days later “around the time of the rentrée [return to school and work after the summer holidays].”

That means that 85% of over-12s – or 75% of the French population – will have received at least one dose of the vaccine, more than in the UK, the US, or Israel.

It is hoped that, with this level of vaccination, the arrival of autumn will not bring with it the threat of further lockdowns.

By March 8, less than 6% of the population had received their first dose of the vaccination; while in the UK, the proportion was already 33%.

Reasons for this slow start included problems with deliveries, and doubts over the effectiveness of the AstraZeneca vaccine for over-65s.

In addition, a decision to initially concentrate the vaccination drive on care home residents meant having to transport the vaccines at low temperatures and also obtain consent from the individuals concerned – or their families if they were incapable – a process that slowed the speed of the rollout.

The introduction of the French health pass

However, since the spring, France has caught up with some of the countries that are leading vaccination rates around the world.

This is said to be largely down to the health pass (pass sanitaire), which requires people to show proof of full vaccination coverage, a recent negative test – payable from October – or recovery from Covid-19 to be able to enter a range of public spaces.

After this obligation was launched by President Emmanuel Macron on July 12, 12million people – or 18% of the population – have been vaccinated, according to Mr Castex.

“Since the extension of the health pass [to places including restaurants, bars and long distance transports] was announced, there has been an influx of people coming into vaccination centres,” Dr Christian Lehmann told 20 Minutes.

In the UK by contrast, the proportion of people getting vaccinated during the summer months started to plateau.

The number of people opposed to the Covid-19 vaccine has fallen in France over recent months, as a result of sustained government and media efforts at information and education.

People who were initially reticent about getting vaccinated have also been pushed to go ahead after the emergence of the Delta variant showed that although the vaccines protect a high proportion of individuals against serious illness with Covid-19, they do not always prevent transmission.

This suggested that herd immunity would be near impossible to achieve, and also proved that people would not be able to avoid infection by relying on others being vaccinated.

Stressing the need for caution

Since the Delta variant triggered a fourth wave of the pandemic earlier this summer, the French government has maintained a tone of urgency when discussing vaccinations.

In the UK, the vast majority of Covid restrictions were lifted in July. In France, Health Minister Olivier Véran has maintained that another lockdown may be necessary if people fail to get vaccinated.

However, in some countries, including the UK and Sweden, the vaccine is not yet recommended for children below the age of 16.

Covid booster jabs in France: Who is eligible, when and what to do?