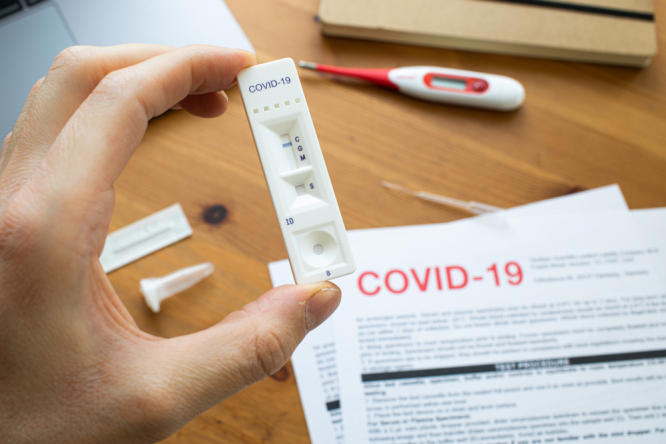 A PCR test will cost €49, and an antigen test €29, for foreign visitors to France Pic: Girts Ragelis / Shutterstock

France is to charge foreign tourists and visitors for Covid-19 tests they need to travel back home from July 7. It previously said all tests in France would be free.

Government spokesperson Gabriel Attal confirmed to Les Echos that the decision had been made as most other countries are requiring tourists, including people from France, to pay for tests.

Health Minister Olivier Véran has also reminded nationals and residents returning to France that tests they are required to take abroad will not be reimbursed by the Assurance maladie.

Talking to le Parisien, he said: “[Tests for] travel of a more administrative nature, such as taking a plane, will not be reimbursed at this stage.”

Tourists in France will have to pay the costs of any required tests themselves. Depending on the destination country’s rules, however, showing proof of full vaccination may replace in some cases the need for a test.

Some tests can be reimbursed, however. The Assurance maladie said that only tests that are “obligatory to enter certain EU countries and medical tests where there are symptoms” will be reimbursed, for essential journeys within the EU and Switzerland.

Outside of the EU or Switzerland, reimbursement conditions are even stricter.

“Only tests that are medical, urgent, and unexpected will be taken into account, at 27% of the amount for a limited spend of €35 maximum”, said the Assurance maladie.

In these cases, proof of the test may take the form of a “medical prescription or medical certificate”, it said.

Cost of Covid tests across the EU and UK

Tests taken at airports may be cheaper than those available to buy elsewhere, especially if you have a ticket to fly.

The UK government states that “if you’re returning from a country that’s not on the government’s green list you’ll need to take a test on day two and day eight after you come home [return to the UK].”

This includes France, which is on the UK’s amber list.

The UK government’s list of approved test providers can be seen here. It also reports that many companies offering cheaper tests have been struggling to keep up with demand, so results may take longer to come back, which you may wish to bear in mind before travelling.

Yet, the UK says that even if your results do not come back in time, you can leave quarantine in the UK after 14 days.

It also said that in exceptional circumstances the NHS may issue free tests to people who’ve purchased a test through a private company but not received it. If you are in the UK, you can call 119 to find out about this.

France reviews charging for Covid tests taken for travel and leisure
Our experience flying Nice to Edinburgh with Covid and Brexit rules
Covid France: Changing rules for testing and quarantine this summer