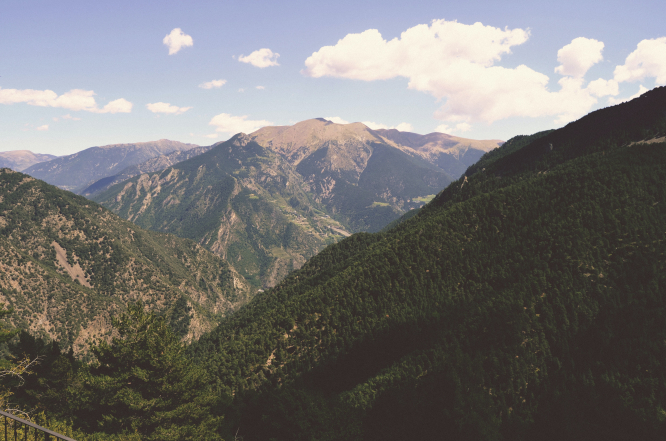 Borders between Andorra and neighbours France and Spain will start to reopen from June 1.
By Joanna York

Head of the Andorran government, Xavier Espot, yesterday (Monday May 25) announced plans to reopen the Andorran border to visitors from France and Spain.

On the French side, this has been made possible by an agreement with the French government to include Andorra in the 100km limit (as the crow flies) placed on travel in France as part of the country’s deconfinement measures.

This means French residents who live more than 100km away from Andorra will not currently be permitted to visit.

Read more: Travel between departments allowed after May 1

French residents in nearby regions, who are allowed to visit, will be able to take day trips or even stay the night in Andorra. However, strict sanitary regulations will be in place, which are expected to be announced on Thursday, May 28.

The Andorran government is keen to welcome visitors back into the country to boost the economy, which depends largely on cross-border commerce and tourism as products such as cigarettes, alcohol and petrol are cheaper to buy in Andorra than in France.

However, they are also keen to avoid a rush of visitors coming into the country which might lead to breaching of social distancing rules.

Nearby town Le Perthus, which lies on the French-Spanish border, experienced crowds of French bargain hunters hoping to buy cheap alcohol and tobacco on the Spanish side of town when shops reopened on May 11.

This caused worry among observers who feared the streets crowded with visitors might bring a “future cluster” of coronavirus infections to the local area.

Nonetheless, Andorran newspaper Le Diari d’Andorra, reported that shopkeepers pushed for French shoppers to be able to return as their businesses were “on the verge of collapse".

Jean-Jaques Carrié, representative of shopkeepers in Pas-de-la-Case, the Andorran town closest to the French border, said: “We can imagine letting clients enter 10 by 10 in some shops, with the number of people limited according to the shop surface area.”

He also hopes that the border opening will be reciprocal, with Andorrans allowed to cross the French border and travel up to 100km within France.