French GPs to cancel vaccinations as doses go to pharmacies 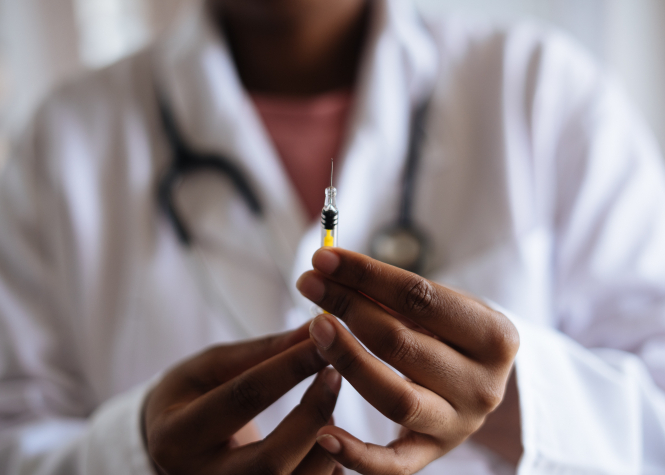 GPs around France vaccinated around 250,000 patients against Covid-19 last Thursday and Friday
By Connexion journalist

The Direction générale de la Santé (DGS) has informed GPs in France that they cannot order Covid-19 vaccine doses this week as the government prepares to roll out vaccinations in pharmacies from March 15.

Doctors around France have reacted angrily to the news, with Luc Duquesnel, a GP in Mayenne and president of a grouping of GP unions the Confédération des syndicats médicaux français, calling the decision “totally incomprehensible”.

“If we can't order vaccines this week, it means that next week [March 15] we won't be delivered any and the following week [March 22] we won't have any doses to vaccinate,” he said in an interview with Franceinfo.

The DGS wrote in a statement aimed at GPs that it was due to an insufficient number of doses of the AstraZeneca vaccine being delivered.

“Please note for the week of March 8, the order will only be available for the pharmacies' own needs, it will not be possible to take orders for doctors given the number of doses delivered by AstraZeneca (approximately 28,000 vials available to order),” it wrote in an update delivered to doctors on Sunday (March 7).

Mr Duquesnel said this will result in appointments being cancelled.

"Doctors had planned two- or three-hour windows to vaccinate their patients. There will be no vaccine so they are cancelling these appointments".

He said that last Thursday and Friday, GPs around France vaccinated around 250,000 patients against Covid-19.

Prime Minister Jean Castex announced on March 4 that starting mid-March, the vaccination campaign would be extended to allow pharmacists, nurses and midwives to vaccinate patients. He said it was part of the government’s plan to speed up the roll-out.

Dr Jean-Paul Hamon, honorary president of doctor’s union la Fédération des médecins de France (FMF), told The Connexion last week that the plan to allow pharmacists to vaccinate patients was nonsensical as there simply were not enough doses to go around.

“We are lacking vaccine doses and the solution is to expand the field of who can give the vaccine?” He asked.

“They say, go get vaccinated at your place of work but also you should do télétravail (work from home).

“They are opening new vaccination centres but there are no doses there. The pharmacists can start giving the vaccine but with what?” he said.

The FMF has also criticised the government’s decision-making.

“Who are we kidding? As for masks, tests and personal protection, we will have to manage this shortage [ourselves]!” it posted on its Twitter page.

“We welcomed the arrival of pharmacists, nurses and midwives… to get [the vaccination campaign] off the ground, but not to completely disrupt the process and appointments.

What can I do if my appointment is cancelled?

GPs are currently able to vaccinate patients aged 50 to 74 with existing health conditions at their practices using the AstraZeneca vaccine.

GPs are now set to be without doses for the week of March 22. This is, so far, the only week that has been affected. Doctors should have doses available starting from the following week.

People in this age group are being contacted by their GPs to arrange appointments. If you are in this demographic and have not been contacted, you can phone your doctor to arrange an appointment.

You can also book an appointment online through Doctolib.fr.

There are still a very limited number of appointments available due to a lack of vaccine doses.

People who fall into this category can also arrange an appointment at a local pharmacy.

You must book an appointment in advance, either by phone or in person.

Vaccinations will be possible at pharmacies from March 15.

There will be limited appointments available initially.

You can read more about that here - Pharmacy, GP, clinic: Where to get a Covid jab in France

Mr Castex said that 850,000 new Covid vaccination appointments will be made available in March.

“Deliveries of doses to France will increase in the coming weeks,” he said.

“Between January and February, we received seven million doses of all vaccines. In March, we should receive 22 million doses, three times as many."

New Covid vaccine may be authorised in France this week