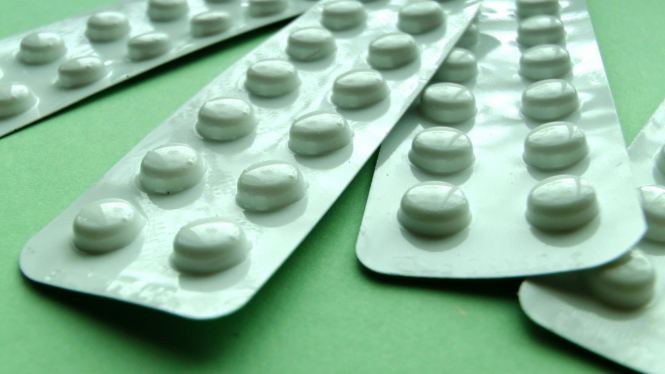 The hearing opened this week (Monday 3 December), with the plaintiffs suing drug manufacturer, German laboratory Merck, over a “lack of information” over the medication’s controversial new formula, which was first introduced in France in 2017.

So many plaintiffs showed up at the hearing that it was forced to decamp from the Lyon Palais de Justice to the “Double Mixte” concert hall in Villeurbanne. This is normally the site of concerts, festivals and conventions.

The Lyon hearing into Levothyrox is just one of many set to take place across France, with another high-profile hearing expected imminently in Marseille.

There, a Toulouse-based lawyer - who indicted Merck - is seeking €10,000 in compensation for each of his plaintiffs.

The new formula has been the subject of a long-running medical scandal, with patients who rely on the drug claiming that since the introduction of the new version, the medicine no longer works.

The new formula first hit pharmacy shelves in France in 2017, with reports of problems emerging as early as August that year.

Over three million people in France suffer from hypothyroidism and take some kind of medication to treat the condition.

Health minister Agnès Buzyn initially sought to appease complaints by making the old formula of Levothyrox available, with almost half of the 130,000 boxes selling out within two days.

Yet, those taking the new formula have said that it has caused severe side-effects and problems associated with the return of their thyroid problems, including depression, fatigue, coldness, hair loss, shaking, headaches, vertigo, and even the resurgence of thyroid cancers.

Victims association l'Association Française des Malades de la Thyroïde (AFMT) ran its own laboratory tests, and said that it had found “anomalies in the composition” of the drug, but these tests were dismissed as unreliable by ANSM.

In September, French senator Laurence Cohen (Val-de-Marne; Ile-de-France) called for a new inquiry into the scandal to “get a real view of the situation”.

Despite the controversy, Merck has confirmed that it plans to roll out the new formula across 21 European countries from 2019.