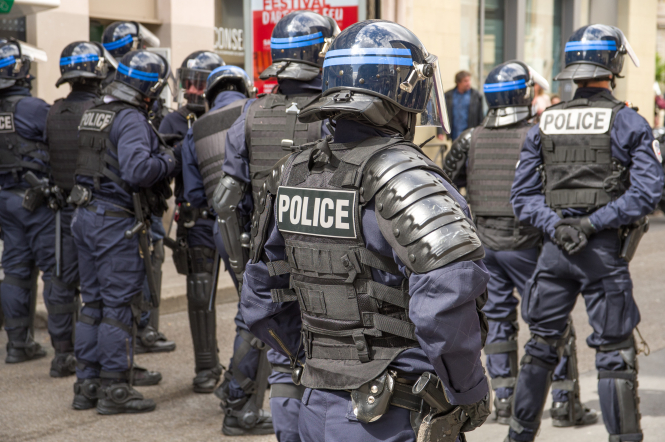 The newly appointed prime minister, flanked by interior minister Gérald Darmanin and justice minister Eric Dupond-Moretti, announced that he will increase the powers of municipal police and set a standardised fixed-price fine for the use of narcotic drugs.

The fine will now be set at €200 and will come into effect from September.

Mr Castex’s choice of city to make the announcement was no coincidence. On Monday, July 20, gunshots were fired in broad daylight in front of a supermarket in a suburb of Nice.

“The only law worth having is the law of the Republic and the rule of law. The only authority that should apply in the district of Moulins, as anywhere, is that of the State and the Republic,” he said, referring to the district in Nice where the gunshots were fired.

The incident led to Nice mayor Christian Estrosi to call for “additional resources” and an “immediate plan of action to restore order”, saying that the situation in the Moulins district was “very worrying”.

In response to this, 60 new police officers will be deployed in Nice “in the coming weeks”, Mr Castex said as part of his announcements.

As well as the new officers, Mr Castex announced a trial for an extension of powers of the municipal police, “the lessons of which will usefully feed into future legislative provisions,” he said.

Mr Castex’s announcements to increase the police presence is a turnaround from when Nicolas Sarkozy was president of the Republic. Mr Sarkozy famously reduced the number of police in France by over 12,000 between 2007 to 2012. Although he admitted to this, he said in an interview with news source BFMTV in 2016 that he did not “regret” it, saying that France was drowning in debt and needed to cut costs.

Read more about crime in France: