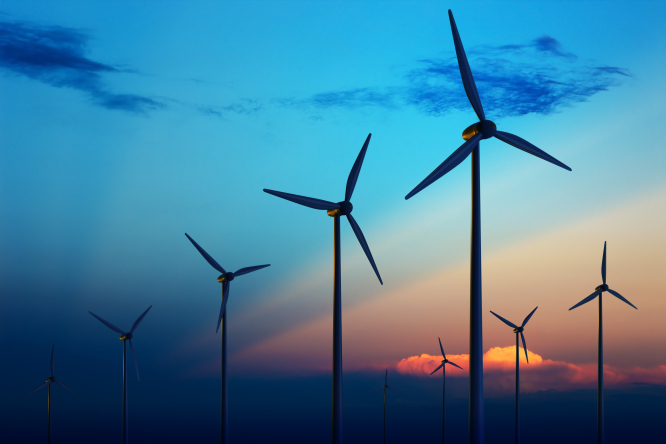 The government plans to more than double the number of wind turbines in France between 2019 and 2028 Pic: Johan Swanepoel / Shutterstock

High-profile journalist and television presenter Stéphane Bern has written an open letter describing the spread of wind farms throughout France as a form of ‘ecocide’.

Ecocide – an action causing serious damage to the environment ­– is expected to become an official offence in France this year, with fines of up to €4.5 million and up to 10 years in prison for transgressors.

In the letter, published in Le Figaro, Mr Bern criticised the Ecological Transition Minister, Barbara Pompili, saying her plan to increase the number of wind farms in France made her “guilty of destroying natural heritage and the achievement of biodiversity, [causing] the artificialisation of the ground and supporting fossil fuel”.

Mr Bern is a vocal supporter of preserving French heritage in the form of historical buildings, and now nature.

He has a foundation in his name dedicated to identifying and restoring heritage buildings in France that are in danger of falling into disrepair, and also runs France’s heritage lottery.

French wind turbines to more than double by 2028

France is one of the top ten producers of wind energy worldwide, producing 2.7% of all wind energy globally.

Nationally, wind farms produced 8.9% of electricity consumed in 2020. By 2030, France has pledged to produce 32% of its energy through renewable sources, including wind turbines.

To help achieve this goal, Ms Pompili intends to more than double the number of wind turbines in France between 2019 and 2028.

Mr Bern claimed that the decision to increase the number of wind farms has been undemocratically decided by city-dwelling bobos (champagne socialists) and powerful industrial lobbyists.

He wrote: “Can’t you hear the anger that is rising in the countryside? Rural residents and around 500 mayors, who are members of the collective Vent des maires, are furious about this denial of democracy.

“Despite consultations with the public that made clear they were not in favour, prefects have been instructed to impose wind farms.”

He also claimed that the wind turbines that have been installed in France only work 25% of the time, and require energy produced from coal to help power them.

Ms Pompili challenged criticism of wind turbines in a press conference on May 28, saying that “campaigns of disinformation, fed with cynicism by political opportunists” had clouded debate on the topic.

She said: “We need to come back to the facts, but this debate has been politicised in light of the election campaigns, especially by the far right.”

These include Gilles Platret, presidential candidate for the Bourgogne-Franche-Comté region, who tweeted: “The countryside is our heritage, stop the destruction!”

Damien Abad, MP for Ain, also tweeted: “Wind turbines are harmful to the countryside, the purchasing power of people in France, the planet and the health of local people! When will Ms Pompili stop denying this?!”

Marine le Pen, president of the far-right Rassemblement national party, also showed support. She said: “I agree with every point of Stéphane Bern’s alarming analysis of the scam of wind turbines.”

Over three quarters of people in France support wind farms

A survey from l’Institut de sûreté nucléaire (IRSN) found that 82% of people in France have a good impression of wind farms.

Ms Pompili said that progress on energy storage was helping to regulate intermittent service from wind turbines, and that they already provided a competitive service that would become increasingly efficient in the future.

She denied that wind farms have a significant impact on house prices in the local area, and said that they were essential for fighting climate change and diversifying energy provision so that France does not become over-dependent on nuclear energy.