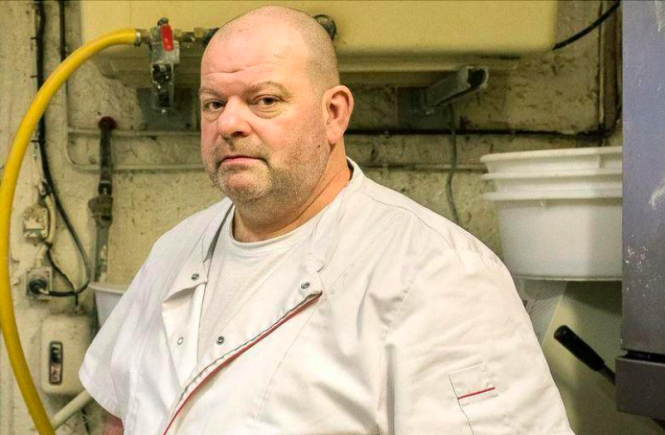 A French baker who went on hunger strike eight days ago was admitted to hospital after fainting in his car - which was parked outside his boulangerie in Besançon - at 8:30 yesterday morning.

Stéphane Ravacley, 50, is on hunger strike to protest the potential deportation of his apprentice Laye Fodé Traoré, originally from the Republic of Guinea.

The baker was treated by firefighters before being transferred to A&E. While he is not is a serious condition, Mr Ravacley said he was feeling “very weak” during his stay in hospital.

In the past eight days, he has lost eight kilos while drinking nothing but broth.

Apprentice’s case to be re-examined later this month

His apprentice Mr Traoré, has had to stop his training at the bakery, at which he has worked for the past 18 months.

Mr Traoré arrived in France two years ago aged 16, and was allowed to stay due to his status as an unaccompanied minor. Since his arrival, he has learned French, begun an apprenticeship, and enrolled on the CAP bakery course.

Now he has turned 18 he has been issued with a deportation order, which he has contested, with the case due to be re-examined on January 26.

His lawyer said that the prefecture was currently concerned that Mr Traoré’s identity papers were not authentic, and is in the process of validating them with the Guinean embassy in France.

As well as Mr Ravacley’s hunger strike, an online petition to keep Mr Traoré in France has been launched, and currently has over 230,000 signatures.

High-profile French celebrities have also voiced their support, in an open letter to President Macron published on January 11 in weekly magazine L’Obs.

Actors Omar Sy, Marion Cotillard, and writer Leïla Slimani signed the letter calling for a “fair decision” - along with over 40 others, including many French mayors and politicians.

As well as accusing the government of turning a “deaf ear” to Mr Traoré’s case, they wrote that Mr Ravacley was in “fragile” health, with his hunger strike putting him at increased risk.

They said: “You cannot be insensitive to the fact that a French citizen is putting his health in danger to defend the humanist principles – liberté, égalité, fraternité – that are meant to underpin the French Republic.”

Apprentice hopes to stay in France

When asked why he had chosen to become a trainee baker after coming to France, Mr Traoré said: “I chose baking because it touches on everything, you can build things. I like croissants and bread, [and] waking up early doesn’t bother me.”

Mr Ravacley said of his apprentice: “He is one of the many young people who arrive in inflatable boats. They are looking for work, and I was looking for a first-year apprentice. We did a two-month trial and everything went well. He is a really understated person [and] very kind.”