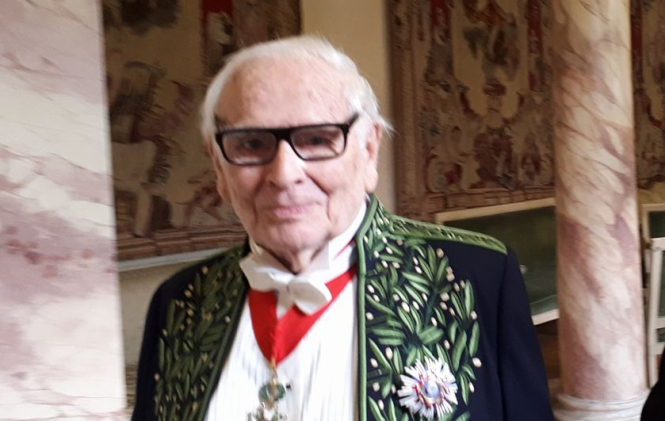 The son of a successful Italian wine merchant, Cardin was born near Treviso on July 2, 1922. He came to France with his family when he was aged two.

The fashion and ready-to-wear pioneer famously made the iconic collarless suits for the Beatles, and dressed stars including Gregory Peck, Rex Harrison and Mick Jagger. But it was his futuristic designs that really shook up the 1960s couture world.

He also created a brand around his name, putting it to products including cars, perfume, pens and cigarettes - and, remarkably, sardines. In 2002, the New York Times estimated that some 800 products bearing the Cardin name were being sold in 140 countries.

And he was the first couturier to enter the Académie des beaux-arts, making fashion recognized as an art in its own right.