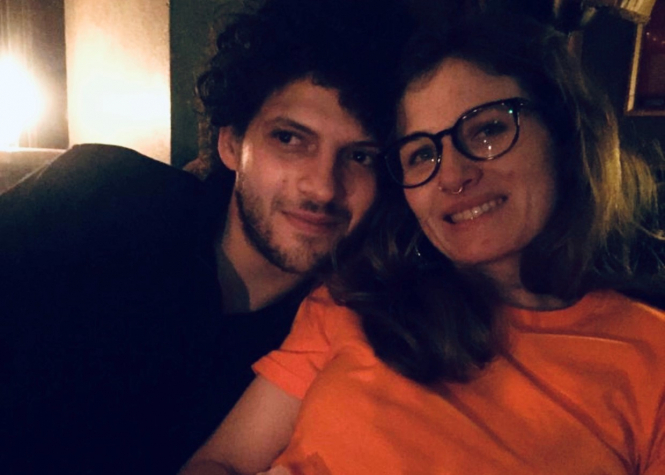 Connexion spoke to Julie (from France) and Carmel (from Israel) in July, who had been separated for five months due to travel restrictions.
By Thomas Brent

An administrator for a Facebook group fighting for the rights of separated French-foreigner couples said that many people have been left frustrated by the French government's inaction.

“Couples who had high hopes are disappointed and the mental health status of separated couples and families is of concern,” said Fabien Lefebvre.

He is one of the administrators of the Facebook group LoveIsNotTourism-Couples franco étrangers, which has over 4,300 members.

Jean-Baptiste Lemoyne, a junior minister at the Ministry of Europe and Foreign Affairs, first announced a waiver system (laissez-passer) for separated couples on August 9. It was supposed to allow couples to be reunited within eight days.

Mr Lefebvre said that the government has failed to keep its promises and that officials who have been appointed to deal with the matter “are now ignoring the representatives of the [LoveIsNotTourism] movement.”

He said he did not know why no laissez-passers have been issued as the government has not responded to requests for answers.

“Either they have realised that the laissez-passer system is really too complicated even for them, and they have moved on to something else - which is rather good news - or there is a deliberate blockage by the Ministry of Interior, which is possible, but why did they communicate to us a solution? Or it is simply that they are overwhelmed,” he said.

Representatives of the movement had met with the French government for a second time on August 31 and were told that the first laissez-passers should be issued within around a week.

The government told the representatives that Since August 11, consulates had received over 600 applications, 119 of which were in the final stages of being processed.

There are still strict travel restrictions for people travelling to France from outside the European Union.

People currently in this scenario can only enter France if they are French or EU citizens (who may be accompanied by their spouse or children), residents of France or of another EU country and transiting through France to get there, or if they work in a field relevant to combating Covid-19.

The French LoveIsNotTourism group is now organising a demonstration in Paris to take place at the end of September or early October to demand the government solve the situation of separated couples.

Many people who have not been able to get laissez-passers have taken the matter into their own hands.

Xavier, 25, who did not wish to give his full name, told Connexion that his American girlfriend transited through the UK in order to get to France.

“We decided to go through England to get to France because we did not believe in the French government’s ‘rapid’ solution, and also because no one so far has been able to get a laissez-passer.”

4 days ago
4
France deconfinement: What changes from Saturday