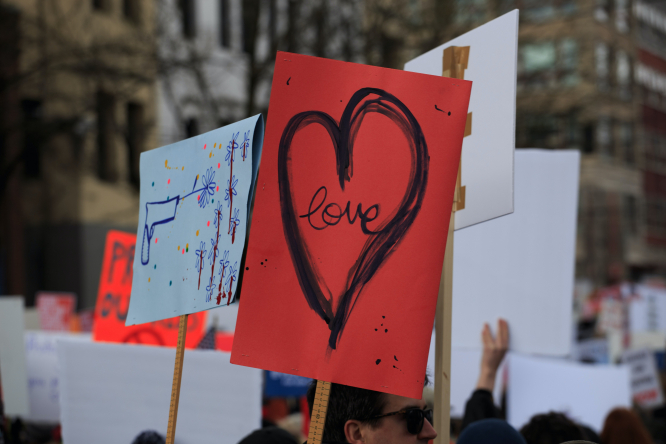 The border closures and travel restrictions put in place by countries around the world to stem the spread of coronavirus had a huge impact on transnational couples, many of whom suddenly found themselves separated from their partners with no means to be reunited.

On August 31, a group representing these couples met for the second time with French government officials to discuss a system of laissez-passer that grants access to certain foreigners who can prove they are in a committed relationship with a French citizen.

This system was announced on August 9 by Jean-Baptiste Lemoyne, a junior minister at the Ministry of Europe and Foreign Affairs.

But campaigners for the rights of the separated couples have described it as too long and complicated, and decried the fact that to date, no laissez-passers have been issued.

France has banned people coming from certain countries deemed unsafe - such as the US, Brazil, Russia - from entering the country.

People currently in these countries can only enter France if they are French or EU citizens (who may be accompanied by their spouse or children), residents of France or of another EU country and transiting through France to get there, or if they work in a field relevant to combating Covid-19.

The campaigners first met with French officials at the end of July and were promised action would be taken to afford unmarried couples similar rights to married couples. But after that, there was “radio silence”, said Fabien Lefebvre, admin of the Facebook group.

The second and most recent meeting took place after Mr Lemoyne invited the campaigners to come to talk during an interview on news channel BFM TV.

“We had tried before [to arrange a followup meeting] but this time he invited us on TV and here we are. That’s how this meeting happened,””Mr Lefebvre said of the August 31 meeting.

Over 600 applications for a laissez-passer

Mr Lefebvre said that the group wanted to discuss certain improvements to the newly introduced system.

He said the top priority was better communication regarding the fact that couples who are married, are in a civil partnership (Pacte Civil de Solidarité or PACS) or live together and have a common lease, do not need to apply for the laissez-passer. They can enter France through a much more streamlined process.

Another point they would like rectified is that the current wording of the laissez-passer protocol means that only partners of French nationals have the right to apply. A partner of a French resident who has lived in the country for years would be excluded.

Then there is the issue of children.

“There are the foreign partners who already have children, who are still minors, and so they hoped to apply for the laissez-passer for the children too but were told, ‘ah no, it’s only for you’,” Mr Lefebvre said.

Mr Lefebvre also said the group wanted to work with the government to make the process more efficient. Originally, it was announced that the laissez-passer system would allow couples to be reunited within eight days, which has not been the case.

In response the government representatives told the campaigners that the consulate and other involved ministries were making efforts to meet the demands of the applications for laisser-passers.

Since August 11, consulates have received over 600 applications, campaigners were told at the meeting. Of these, 10 to 15% are rejected, sometimes because they have nothing to do with the procedure, such as mis-sent work permit applications.

According to the Facebook group, that means that the first laissez-passers should be issued this week or the beginning of next week.

If Brad Pitt can, why can’t we?

Mr Lefebvre stressed that it was important for couples to be reunited because there was a big impact on their mental health, with some reporting trouble sleeping, dietary problems and signs of depression.

“Everyone remembers this feeling of relief when the confinement was over. The problem for the couples separated by borders is that, for them, their love lives are still in lockdown,” Mr Lefebvre said.

“They have been deprived of the right to see each other for six, seven, eight months and the response given to them has been, ‘well, wait’. It is no longer manageable.

“What is really hard for them, without mentioning the distance between them and their partner, is the not-knowing. We are used to long-distance relationships, but we all had projects or plans together, and now that is all blocked until an unknown time."

Another reason it is so hard, he said, is that the group are seeing more and more exceptions to the travel restrictions being made elsewhere.

“Recently we saw that Brad Pitt had a holiday in France, Kylie Jenner was out jogging in Paris: these are Americans and normally they shouldn’t be allowed," Mr Lefebvre said.

“And so there is a feeling that we are not recognised as couples. Couples with a marriage contract can be reunited, but today, for 21st century couples, marriage is no longer an [indicator of a strong relationship]. So all that is very difficult to handle, especially in these times."

Read more about the impact of coronavirus on travel:

US travel ban stopping visit to widowed mother in France