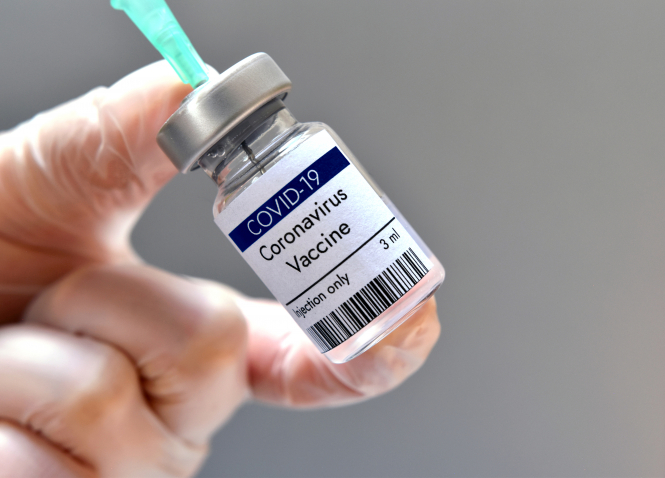 Around 100,000 booster Covid jabs are being administered each day in France Pic: Maria Kaminska / Shutterstock

France’s health minister Olivier Véran has received a booster Covid vaccine dose and has urged other people eligible for an extra jab to do the same.

Mr Véran is able to get a booster jab as he is a qualified neurologist.

France is offering booster Covid doses to the following people, six months after their second dose:

Mr Véran received his booster dose at the same time as a vaccination against seasonal flu. France began its public flu vaccine campaign on October 22.

“I protect myself, I protect the people I come into contact with, and I am sending a signal [to others] by saying go ahead [and get vaccinated],” he said.

Around 2.5million people out of the 6.8million who are currently eligible have received a booster Covid vaccine dose in France.

There are around 100,000 booster jab appointments each day, Mr Véran said, but that number is starting to increase.

One group that appears more reluctant to get booster doses are those who received a first injection of the single-shot Johnson & Johnson vaccine. Of the one million people vaccinated with it in France, only around 20% have taken the option of a second vaccine dose (which would be a dose of the Pfizer-BioNTech vaccine).

Will France offer booster Covid doses to the wider public?

The government has not yet stated whether it will roll out booster Covid vaccine doses to the general public.

The World Health Organisation has repeatedly spoken out against wealthy nations offering booster doses to their healthy citizens, asking instead for doses to be given to countries with minimal vaccination rates.

France’ health minister Olivier Véran said last Friday (October 22) that for now, under 65s were not included in the booster dose campaign.

He said, though, that the takeup of people eligible for a booster and choosing to get vaccinated was not sufficient. He added that it would “not be illogical to integrate the third dose into the health pass”.

A person in France is currently deemed fully vaccinated after two doses of the Pfizer-BioNTech, Moderna and AstraZeneca vaccines, and one dose of the Janssen (Johnson & Johnson) vaccine.

A fully vaccinated person can use their vaccination certificate as part of France’s health pass scheme, which requires proof of Covid status to enter the majority of public places.

Currently, over 65s do not need a third Covid vaccine dose to be considered fully vaccinated.

Read more: Will my French health pass become invalid if I refuse my booster dose?

Prime Minister Jean Castex has said that the question of whether a third Covid dose will be required to be considered fully vaccinated and therefore have a valid health pass has been put to France’ health bodies, including the HAS.

The number of Covid cases in France is steadily increasing, with an average of 5,276 positive tests each day, an increase of 14% from last week.

Mr Véran said that cases across Europe are rising, but “we are not in an epidemic wave”.

“The increase is moderate, it’s cold and wet, so Covid is circulating more, which is what we expected,” he said in an interview with BFMTV on October 22.

He said he did not expect to see a significant increase in hospitalisations as the population is mostly vaccinated.

Just over 74% of France’s entire population has been fully vaccinated against Covid.

Are other countries offering booster doses to the wider public?

Italy will offer a booster jab to its entire population from January, the government announced on Tuesday (October 26).

Israel began offering a booster shot to everyone aged 12 and over from August 29.

The UK, like France, is only offering a booster dose to the elderly, vulnerable and to healthcare and social workers. Although in the UK, everyone aged 50 and over can receive an extra dose.

The US is also offering a booster jab to over 65s, people with underlying health conditions and adults who received only a single shot of the Johnson & Johnson vaccine.

Why France is no longer using Moderna for Covid booster jabs