Free buses are just the ticket to open up city 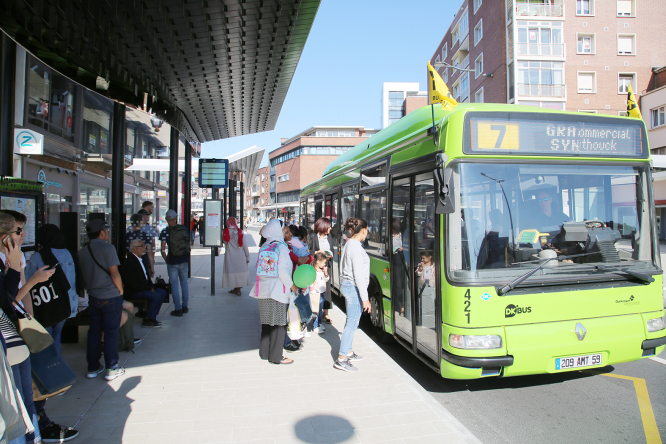 Along with getting rid of tickets, the city and transport firm Transdev expanded the service from two lines to five and bought Wifi-equipped buses running on natural gas instead of diesel... fitting for a city with one of Europe’s largest natural gas handling harbours.

It follows two years of roadworks for bus lanes and bus stations and €65million from Dun­­kerque urban area, CUD.

Mayor Patrice Vergriete said the decision to go free was made to help purchasing power, mobility and the environment.

“Dunkirk has been through hard times economically and we were elected because we said we would try to boost citizens’  purchasing power. Rather than do so with tax cuts, in a city where only the relatively well-off pay taxes, we decided to do it through free transport, to benefit everyone.

“A single person using the bus for work will be €400 a year better off, while one who opts not to drive won’t be paying fuel.”

People with restricted mobility can also now travel for work, administrative or other reasons.

As for the environment, he said: “The city was destroyed in the war and rebuilt as a city for cars; now at least 75% of travel in the city is by car and it is too much.

“Making buses free is a strong gesture and we hope it will lead to fellow citizens thinking about how they use their cars and leave them in the garage more.”

Châteauroux in Indre was the first major town to opt for free buses, in 2001, and mayor Gil Avérous said it was now “probably irreversible”.

“My predecessor owned a garage concession so the idea was certainly not to reduce the number of cars, but rather to use public resources better.

“And it worked, the number of people using the buses has gone up three and a half times.”

New routes helped open up work for the jobless and while the costs are high it has meant a significant rise in people in the town centre, boosting business.