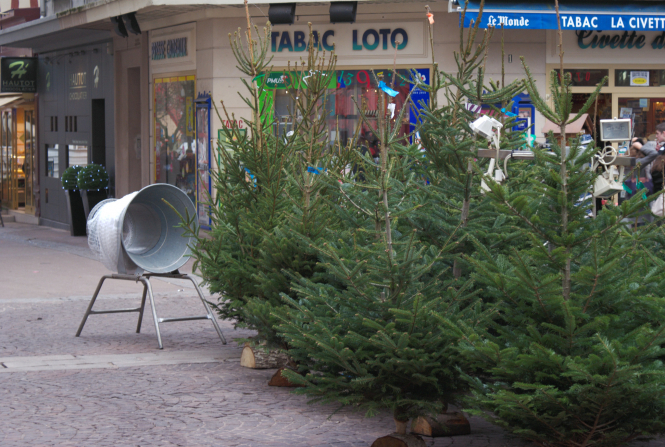 The ongoing pandemic means this Christmas is likely to be very different to those of previous years but there was at least some good seasonal news this week as the government confirmed families will be able to buy their Christmas trees after all.

Agriculture Minister Julien Denormandie announced on Tuesday that sapins de Noël can go on sale from Friday, November 20. A decree to that effect will be published in the Journal Officiel.

The news is especially good for France's Christmas tree producers, who feared a lost year because of health measures to contain coronavirus after trees were left off the government's 'essential' products list.

In France, some 6 million trees - 80% of which are grown in France - are sold every Christmas, mainly in the carparks of supermarkets, DIY stores and garden centres.

Mr Denormandie told RMC that - although not an 'essential' product - trees could go on sale because most producers sell their trees outdoors.

He did, however, recognise the unusual nature of the decision. "If one day I had been told that - as Minister of Agriculture - I would be there to announce the date when it will be possible to start buying trees, I would not have believed you.

"It is not my way - and not the way I imagine the State to act. We need to do so because, if someone had imagined this pandemic, many would not have believed them. We are doing the best we can in this complex situation."