Health workers must be vaccinated from today or risk suspension 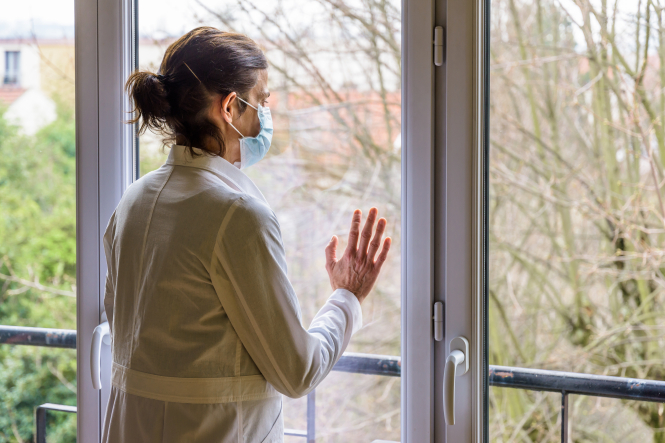 Those who refuse to get vaccinated will have to find alternative work. Pic: olrat / Shutterstock

Today (September 15) is the deadline by which health staff in France must be vaccinated against Covid or be suspended without pay for breach of contract, except where medical exemption has been granted.

Workers have had two months to get vaccinated since President Emmanuel Macron announced the introduction of ‘mandatory vaccination’ for health workers in a televised address to the nation in July.

Which workers are affected?

Overall, over 2.7 million workers are affected by the legislation. Among them are those working in hospitals, clinics and care homes, as well as at-home care workers, firefighters, ambulance staff and gendarmes who police the streets or otherwise come into direct contact with the public.

These people must be able to show proof of complete vaccination, or proof that they have received a first dose of Covid-19 vaccine and a negative screening test within 72 hours in order to work.

What happens if they are not vaccinated?

Véronique Desjardins, general manager of Rouen University Hospital (CHU de Rouen) told France Bleu Normandie this morning that 44 of its 10,500 employees had refused the vaccination and would be suspended.

“If we can provide them with support, whether medical, social, psychological, then of course we will, but we will apply the law which effectively requires every professional working in the hospital to be vaccinated from today,” she said.

Unvaccinated doctors in private practice risk being fined €135 for the first offence, and €3,750 if this happens three times in a month. They could even be sentenced to six months in prison.

How many staff have complied?

However, some have decided to take some time out or make use of their leave to reconsider their futures in the industry.

Philippe, a physiotherapist, has decided to do just that. "I’m prepared to do other work for a few months, odd jobs, temp jobs, etc. There is work elsewhere, but what will the consequences be?" he said, speaking to 20 Minutes.

Others have been protesting against mandatory vaccination in France in recent weeks, but not all are unvaccinated. Some have decided to have the vaccine, but still want to show their solidarity with colleagues.

Why are some workers refusing the vaccine?

Among workers who are still refusing to be vaccinated are those who take exception to the fact that while last year they were treated as essential workers by the state, they now feel their skills are considered disposable.

Others, such as those in back-office roles, are unhappy with blanket rules being applied. They do not feel they should be obliged to receive the vaccine if they do not come into direct contact with patients or residents.

Understaffing has also given some reason to believe that the rules will not be enforced. Elisabeth, a nurse, said her understaffed clinic had promised not to penalise unvaccinated staff.

"If the ARS gets involved, puts pressure on the management and I'm suspended, I'll look for another job and contact a lawyer to defend my rights,” she told 20 Minutes.

How long will the obligation continue?

An ‘end date’ to the rule has not yet been confirmed, although so far France has said that other Covid measures such as the health pass will continue until November 15, 2021.

Staff have until October 15 to get their second injection - but only if they have already had their first.