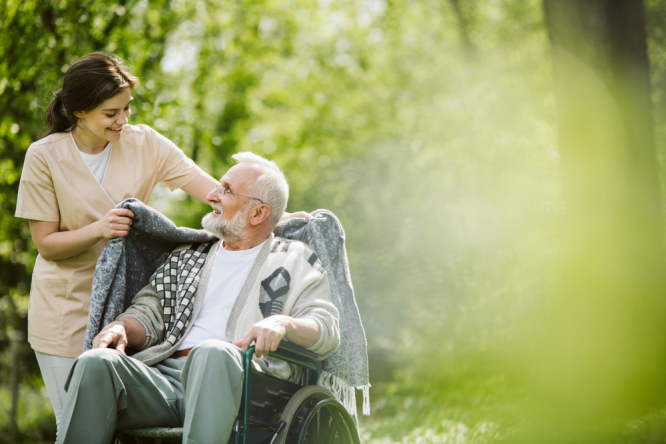 Workers on the frontline during the Covid pandemic, such as carers, were among those to benefit from a fast-track scheme to allow them to gain French citizenship Pic: Photographee.eu / Shutterstock

France has granted citizenship to over 12,000 foreigners for their services to the country during the Covid pandemic, including to a British man living in Creuse (Nouvelle-Aquitaine).

It is part of a special fast-track scheme aimed at people whose jobs have put them at risk during the pandemic.
Among them are healthcare workers, security or maintenance workers, cashiers, home helps, carers, childminders, and refuse collectors.

The scheme means that workers in essential services can apply for a French passport after two years in France, instead of the usual five. Their applications, which can sometimes take years, are also processed faster.

France’s minister delegate for citizenship, Marlène Schiappa, awarded them their citizenship at a ceremony held at the Pantheon in Paris on Thursday (September 9).

She said that over the past year, around 16,000 people had applied for French citizenship through the scheme, which was set up in September 2020.

Briton John Spacey is one of those who received fast-track citizenship. The Creuse resident works for an organisation that provides home care for the elderly.

"It's really a great honour to be offered citizenship," he told newspaper The Local.

Mr Spacey continued to work during the first wave of the pandemic, even doing longer hours and in tougher conditions.