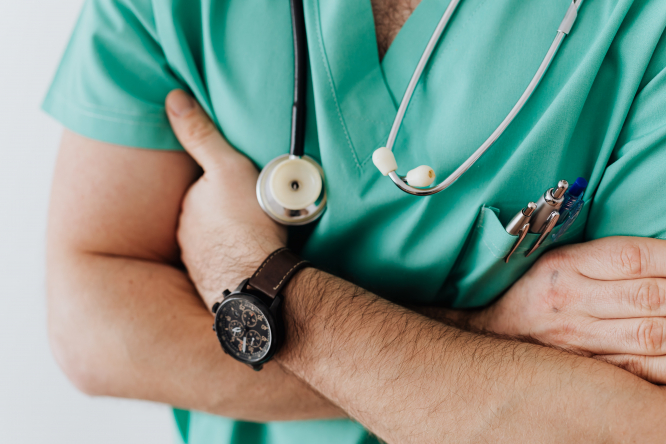 The problem of 'medical deserts' is not limited to A&Es, with millions unable to access nearby GPs or specialists Pic: Karolina Grabowska / Pexels

More than six million people – about 9% of the population – live more than 30 minutes from an A&E department.

Three-quarters of those are in country areas, says an association for rural mayors.

Thirty minutes is seen as a crucial timescale, particularly for anyone having a heart attack.

Dominique Dhumeaux, mayor of Fercé-sur-Sarthe, Sarthe, and AMRF vice-president, has been raising the alert for several years.

He said: “The situation is getting worse. Even where hospitals remain open, the number of emergency doctors is dwindling. There are just not enough.

“The network is in danger of collapse. Even if steps are taken to redress the situation now, it will take at least eight years to see an improvement, as it takes that long to train doctors.”

According to Dr Dhumeaux, A&Es that formerly operated 24 hours a day now sometimes close at night or the weekend. Others no longer operate at all.

The AMRF is also worried that a promise by President Macron not to close hospitals without agreement from local mayors could end if he is not re-elected.

They fear this could lead to the closure of 67 A&E services with fewer than 10,000 patients a year, which were deemed under threat in a 2015 report.

In a statement, AMRF says a recent meeting with Health Minister Olivier Véran resulted in an agreement “to work together to try to find ways to solve, ‘in part’, the problem”.

Dr Dhumeaux has called on the public to put pressure on the government too.

The problem of “medical deserts” is not limited to A&Es, with millions unable to access nearby GPs or specialists.

The Caisse nationale d’assurance maladie told The Connexion the latest figures, from 2020, show 5.3million people aged 16 or more (10.2% of the population) who are asked to choose their own designated médecin traitant GP do not have one.

Commenting on similar 2019 figures, the head of the service estimated that in more than half of cases this was despite actively looking for one. One activist group, the Association de Citoyens Contre les Déserts Médicaux, launched in 2016, now has 700 members in five departments. It was created by Maxime and Elodie Lebigot when they could not find a GP for their five-month-old son in Laval, Mayenne, and were advised to use the A&E instead.

In January, with the support of lawyer and former environment minister Corinne Lepage, it sent a letter to Prime Minister Jean Castex asking for equal access for all to healthcare.

After receiving no reply within two months, it plans to go to the highest administrative court, the Conseil d’Etat.

Maxime Lebigot said: “We would like to see our association spread throughout France to show that lack of doctors of all kinds is a major concern for the public. With Covid-19, we sense the message is beginning to get through and people want to get things changed.”

Earlier this year, the AMRF commissioned a report by a health geography specialist which showed that the number of French cantons (administrative divisions of a department, of which there are around 4,000) with no doctor at all rose from 91 to 148 between 2010 to 2017.

It also said that “medical density”, ie. access to local medical care, had fallen by more than a third in 30% of the cantons of France and was “systematically inferior in the countryside”.

Recruiting more doctors from abroad is one approach.

In Maine Saosnois, Sarthe, two Spanish GPs were recently invited to move into a new clinic, specially equipped for them.

Géraldine Vogel, vice-president of the area’s intercommunal body, told France Info: “We are trying to make doctors come because we have a huge shortage.”

Foreign doctors are also sought-after in hospitals, but those from outside the EU have long complained of having to take low-status and comparatively low-paid roles because their qualifications do not benefit from automatic recognition.

A new decree known as PADHUE – praticiens à diplôme hors UE – has created a status of praticien associé, intended to allow them to obtain better posts and pay grades.

However, it still falls short of what is required, according to a union for the group.