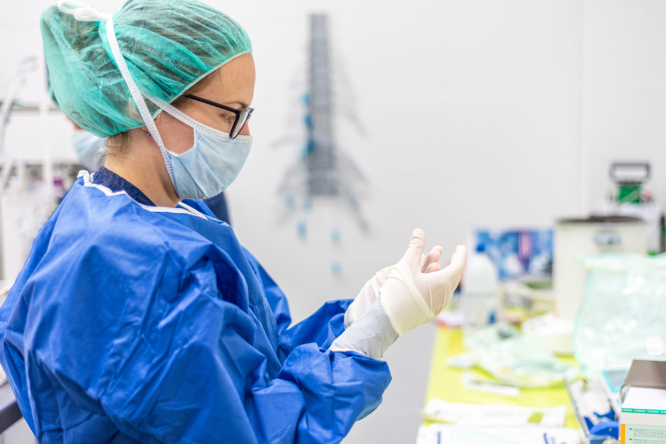 Certain treatments in trials were found to significantly reduce chances of a vulnerable patient being hospitalised or dying Pic: David Herraez Calzada / Shutterstock

President Macron said in his speech to the nation in October: “Because France, very early on, focused on research into treatments, and we have ordered a lot of them well in advance, we will benefit from a new weapon to fight the virus with the arrival, from the end of the year, of the first truly effective treatments against serious forms of Covid.”

The European Commission, has now given marketing authorisation for Regkirona, a monoclonal antibody medicine created by South Korean laboratory Celltrion, and the similar Ronapreve, by Swiss firm Roche.

They were found in trials to significantly reduce chances of a vulnerable patient being hospitalised or dying. Ronapreve had been given a temporary authorisation in France for immunosuppressed people, from August this year to January.

Other promising treatments are being developed around the world, including Molnupiravir, an antiviral from the US for those who are moderately ill, which reduces the risk of serious forms. The European Medicines Agency has recommended it be allowed in emergencies.

France has ordered doses of molnupiravir and several other treatments, such as XAV-19, by Nantes laboratory Xenothera (30,000 doses), which is the French project that is most advanced. XAV-19 is for patients with moderate Covid, to avoid aggravation of their symptoms and transfer to intensive care.

The lab is seeking authorisation for early access from the French authorities and told The Connexion it has 20,000 doses ready for sale when this comes, which it hopes will be at the start of 2022 at the latest.

While the Covid pandemic continues, there are also fears that flu could be especially severe this year, adding to pressure on A&E departments. This is partly because of lowered immunity after lockdowns and curfews last year. People are being encouraged to have flu jabs and Covid boosters at the same time.

Read more: France’s flu vaccine campaign opens to all: how to get a dose