Why a second national lockdown in France cannot be ruled out 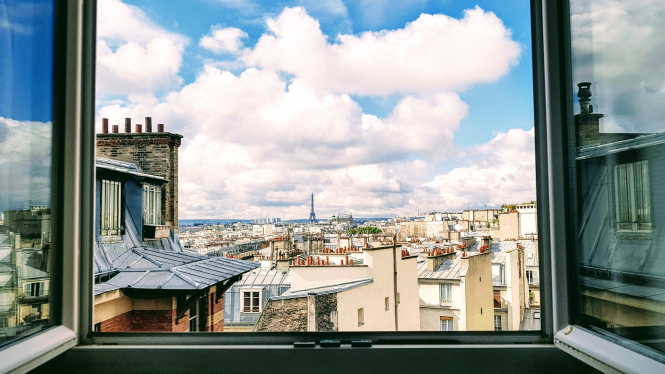 A second national lockdown in France cannot be ruled out - here is why. Isaiah Bekkers / Unsplash
By Connexion Journalist

Defending stronger measures being imposed, Jean Castex said: “If we do not act, we could find ourselves in a situation like that of spring. That could mean reconfinement, and we must avoid it.” President Macron had earlier said a new confinement would not happen.

Health Minister Olivier Véran, however, ruled out a suggestion by two Nobel economics prizewinners that a “preventative” lockdown is needed from December 1-20 to allow people to gather safely with families at Christmas. Esther Duflo and Abhijit Banerjee raised the idea in Le Monde, saying without it there was likely to be a spike in the winter due to a drop in temperatures and an increase in social and family events. Mr Véran said that new travel restrictions during the Toussaint holiday period may be introduced dependent on “what we do in the coming days and weeks”.

France has introduced stricter measures at departmental level, combined with a new system of alert (see below). Measures are decided and enforced by prefectures. As part of this, bars and restaurants were closed in Marseille and Aix-en-Provence, areas placed on the new maximum “dark red alert” level. They will be compensated, Mr Castex said.

Although numbers of people hospitalised are increasing – passing 6,000 – the head of national health research body Inserm, Gilles Bloch, said care techniques have “enormously improved” and the likelihood of going into intensive care is now half what it was in the spring.

The survival rate of those entering hospital has increased by “several tens of per cent”, he said. He added progress on a vaccine meant one may be available “in the middle of winter” in the most optimistic scenario. Testing in France has increased, with around 1.3million tests a week, and new methods have been approved to speed things up amid criticism of long waits to be tested at labs and to obtain results.

Priority testing centres have been opening up, aimed at providing a faster diagnosis for people with a prescription, those with symptoms, contact cases of infected people, health care workers or carers. Saliva tests have also now been approved by the public health body Haute Autorité de la Santé (HAS) for use in certain cases. These can detect the genetic material of coronavirus in a spit sample and are considered less invasive and uncomfortable than the widely used nose swabs.

HAS said, however, they failed to detect coronavirus in 75% of cases when the patient was asymptomatic. They should therefore be limited to those with symptoms, notably in cases where nasal swabs are difficult, such as children and elderly people. HAS also said the standard test may be replaced by a throat swab version for certain asymptomatic people.

Five million rapid antigen Covid-19 tests that deliver results within minutes are to be made available from October but will be restricted to people with symptoms. These tests, by nasal swab like the standard ones, do not need to be sent to a laboratory to be processed and return results in 15-30 minutes.

A new official five-level system of alerts is being introduced so the public can monitor the spread of the virus by department. The levels were shown in four colours on a map shared by the Health Ministry on social media (above), with dark red now highlighting especially badly-hit areas.

Three factors determine the level: positive cases of the virus per 100,000 residents (incidence rate), the rate among people aged 65 and over, and the percentage of intensive care beds in use. The levels are:

n Green (shown as grey on this Twitter map): Incidence rate under 50, showing circulation is under control. The usual rules such as social distancing, barrier gestures, hand washing and a ban on gatherings of more than 5,000 still apply;

A decision to change to this level is done by government decree. In these areas prefects have additional powers to introduce new laws to stem the spread;

n Maximum alert (dark red). Rate above 250; rate among older people of over 100 and 30% or more of intensive care beds are occupied by Covid-19 cases. Bars and restaurants will be closed, as will all public establishments unless they set up a “strict health protocol”. Theatres and cinemas are not concerned. The goal is for the measures to remain for only two weeks;

n Black and white stripes: A state of localised health emergency. So far no area is rated as such. It is not clear what indicators would lead to this but it could also mean a second nationwide lockdown.