Houses in France struck by lightning as storm alerts remain 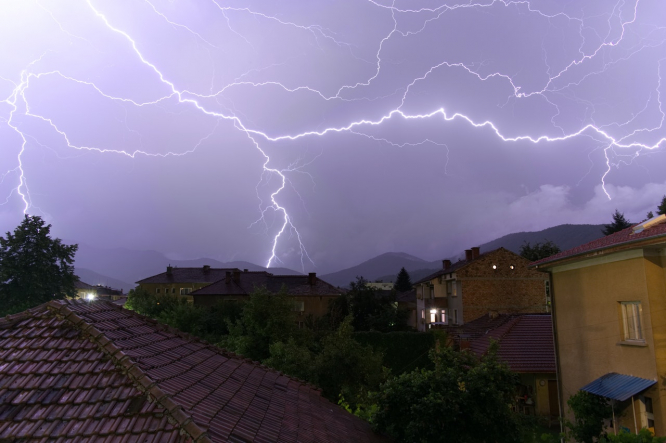 The houses were all in the department of Haute-Vienne (Nouvelle-Aquitaine), and each was struck by lightning that caused devastating fires last night (Wednesday August 12).

Firefighters were at the scene and took until 4am to quell the blaze.

In Corrèze, firefighters reported more than 30 callouts to help save several roofs, after strong winds and heavy rain arrived suddenly after days of hot weather.

This morning (Thursday August 13), there were still 500 homes without power in the Limousin region.

Lightning strikes also caused a forest fire that destroyed 10 hectares of vegetation the day before. The region is still on high alert for fire due to the storm risk and the dryness of the ground.

At the time of writing, forecaster Météo France has maintained an orange (second-most severe) heatwave alert for much of eastern France (21 departments), and a yellow alert for storms and heavy rain across most of the rest of the country, except Finistère, Var and Bouches-du-Rhône; most of the deep southwest, and Corsica.

If the worst happens, proving that an accident or damage to your property was caused by a lightning storm is easier than you might think in France.

In order to access your insurance, you will need to request a lightning strike certificate supplied by Météo France.

Known as an attestation de foudroiement, this is an official document and is recognised by all insurance companies. The certificate accurately details storms (and associated aspects such as lightning) that occurred on a specific day in a particular area which could have caused material damage to a property or led to an accident.

It can be ordered from Météo France here and costs €61 plus taxes.