How France will celebrate Armistice Day this year 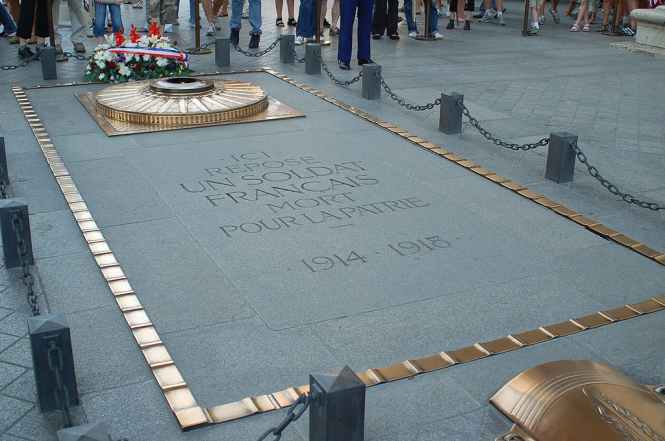 Traditionally, the French president lays a wreath at the Tomb of the Unknown Soldier memorial in Paris on Armistice Day
By Connexion journalist

This year’s Armistice Day on November 11, which marks the end of World War One, will be celebrated differently around France due to the Covid-19 pandemic and lockdown measures.

Traditionally, there is a large military parade along the Champs-Elysées in Paris with the president laying a wreath at the Tomb of the Unknown Soldier.

There are also usually wreath-laying ceremonies at war memorials around the country.

President Emmanuel Macron will still lay the wreath this year, but he will only be accompanied by a small entourage and the usual parade will not take place.

The ceremony will be broadcast on television.

Around the country, most prefects have banned public ceremonies, but are offering live streams on social media channels.

The prefecture of Gard, in Occitanie, has invited its inhabitants to hang a French flag from their windows in honour of those who lost their lives during World War One.

Church bells will ring at 11:00 to mark the moment World War One formally ended.

The British Embassy in Paris will mark the occasion by posting a short filmed Remembrance event on their Facebook page, led by the ambassador and the defence attaché.

“As physical events and services in both France and the UK have been severely curtailed this year, this event offers the chance to take a few minutes during these uncertain times to remember those who have lost their lives in the Service of our countries,” the embassy wrote on its Facebook page.

Also on Wednesday, French writer and poet Maurice Genevoix will be inducted into the Panthéon, a mausoleum for distinguished French nationals in Paris’s fifth arrondissement. The ceremony will be broadcast live on television.

Mr Genevoix died in 1980 at the age of 89, and is supposedly a favourite of President Macron.

Wednesday, November 11, will still be a public holiday, meaning schools, public offices and most businesses will close.

The French typically wear a blue cornflower (bleuet) on their lapels as a mark of respect on November 11. The government is encouraging people to buy one to support L'Office national des anciens combattants et victimes de guerre.