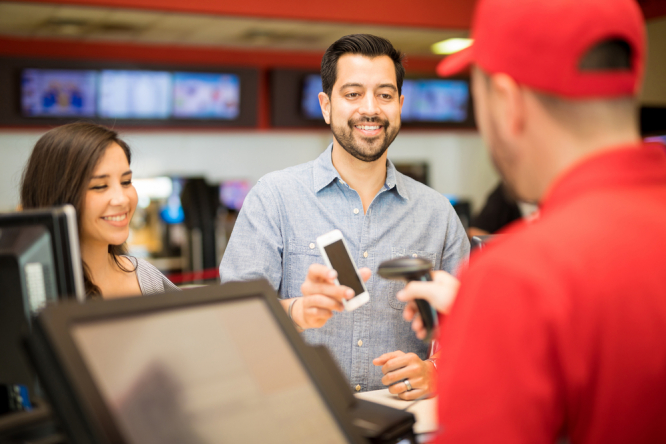 A ‘health pass’ is needed in France to visit many cultural and leisure venues, such as cinemas, theatres and public swimming pools from today, July 21.

People in France can show this ‘pass’ with French-issued certificates and QR codes but vaccination and Covid test certificates issued in non-EU countries are acceptable as health pass – pass sanitaire – proof in France, say officials.

However, it remains to be seen how this will work out in practice.

It is also possible for some visitors with foreign certificates to obtain a French version via certain doctors or pharmacists.

It will be extended to other venues such as cafes and restaurants and long-distance transport, from August 1.

Recent French paper certificates and the TousAntiCovid app now show an EU-standard QR code which can be scanned in by venues for easy identification.

Foreign certificates, such as those issued by the NHS in the UK, do not feature the same codes so cannot simply be scanned for checking at venues.

What foreign Covid status proofs will be acceptable?

The Foreign Affairs Ministry says tourists vaccinated with a vaccine recognised by France, or with a negative PCR or antigen Covid test taken less than 48 hours before, will be accepted into venues with a paper print-out of their proof, French media report.

We have asked the ministry if it can confirm this point, which has been repeated to us today by several large venues in France. In theory, a positive test from more than 11 days ago and less than six months is also acceptable as it shows you are now likely to have immunity, for the pass sanitaire.

The website of the French consulate in London now confirms that both NHS paper vaccination certificates and a certificate uploaded on the NHS App can be presented as proof for pass sanitaire purposes in France. We however recommend carrying a paper version in case of any issues with the digital one.

‘Fully vaccinated’ means vaccinated with the full usual course of vaccinations with a vaccine recognised in France, including AstraZeneca (including Covishield), Janssen, Moderna and Pfizer.

The American Embassy in Paris meanwhile suggests an alternative approach, saying that the American CDC vaccination card “does not serve as a health pass”, however “any willing French doctor or pharmacist can enter the vaccination information in the French system, even for people who do not have a French social security number or carte Vitale. This will allow the person to generate a paper or electronic (through the French TousAntiCovid app) version of the health pass.”

Tourism Minister Jean-Baptiste Lemoyne spoke about this topic on the Public Sénat television channel on Friday last week, specifically with regard to the French living abroad. He said he was still working on a technical system, with the digital and health ministries, so that those visiting from non-EU countries who have proof of full vaccination abroad can have their information integrated into the French system so they may have a French certificate with an EU QR code.

Are venues prepared to deal with foreign certificates?

Some venues are likely to be more prepared than others – here is what some told us.

We asked the city of Paris mairie if its sporting venues, such as sports centres, stadiums and swimming pools, are prepared and have been briefed on acceptability of foreign certificates. A spokeswoman merely suggested asking the Health Ministry as the city council has no competency in this area.

The Umih union of restaurant and cafe owners told The Connexion it is still “waiting to see what is put in place”.

A spokeswoman said their current understanding is that non-EU certificates are not valid, however “discussions are still ongoing and we need to be sure of what the government has decided so as to know what to tell our members”.

A spokeswoman for Pathé Gaumont cinemas declined to give details on non-EU certificates, referring us to this link for information on the health pass. It says the TousAntiCovid app is acceptable as well as ‘official proofs in paper format’.

Two bodies that expressed confidence in the rules for non-EU visitors today were Pierre & Vacances, with regard to entry to its holiday sites, and the Eiffel Tower.

A spokeswoman for Pierre & Vacances, which runs holiday villages and campsites including Center Parcs and Maeva, said non-EU visitors would be allowed in with paper documents.

“They will need papers showing either negative tests – PCR ones from a laboratory, or the quick ones done in a pharmacy, which have been carried out in the last 48 hours, or an official paper document showing they have had double-dose vaccinations, with 10 days since the second vaccination,” she said.

“It does not matter if the documents are in English, or if they have QR codes which do not scan under the EU system,” she said.

A spokeswoman for the Eiffel Tower, which requires a health pass from today, confirmed the same information, adding that a positive test (as described above) is also acceptable.

She added: “If the visitors come with a paper document that does not have the French or EU QR code, and that attests to their complete vaccination, or that they have had Covid, or have a negative test, this is acceptable.”

It does not matter if the documents are not in French she said.

For those with no suitable documents, it is also possible to take an antigen test on site, for €25.

An antigen test is quickest solution if in doubt

Generally-speaking, foreign tourists without suitable foreign documents will also be able to prove their status by taking a French test, with the fastest and cheapest option being an antigen test in a pharmacy.

The European Commission is still in talks with non-EU countries including the UK and US over standardised rules on integration of their national health pass systems with the EU Digital Covid Certificate. Officials state this is progressing well with the UK, though The Connexion understands it is more complex with regard to the US as the country does not itself have a standardised nation-wide digital system for recognition of Covid health data.

However those coming from EEA countries and Switzerland do now have documents with QR codes that are recognised when scanned in at venues in France.

France travel: How do foreign visitors get a Covid test?