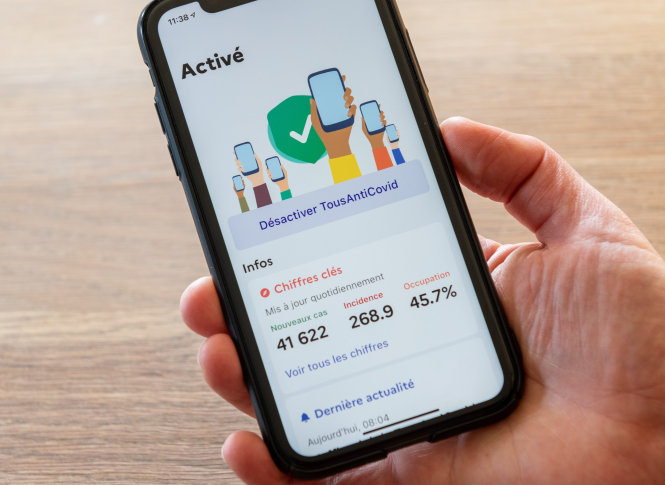 It is now possible for UK visitors to France to scan QR codes from their NHS vaccination certificates into France’s TousAntiCovid app.

The change means that visitors from the UK can now easily generate in the app a French, and EU, standard digital certificate for easy scanning at venues requiring a pass.

As of yesterday, this includes leisure and cultural venues with a capacity of over 50; from August it will be extended to many others, such as long-distance travel, cafes and restaurants.

Britons were previously being told by the French and UK authorities that UK QR codes could not be scanned, but that their actual certificates should nonetheless be accepted as vaccination proof.

The UK has now updated its France Travel Advice.

It states: “For those wishing to attend events at which the “pass sanitaire” is required after being vaccinated in England, you can now demonstrate that you are fully vaccinated by downloading the French government’s TousAntiCovid app and clicking on the option ‘Scan a QR code’ to scan the QR code from your digital NHS England vaccination certification.

“This will save your vaccination data in the ‘wallets’ section of the TousAntiCovid app. We will provide further information on the use of paper certification as soon as it is available.’

More information on the NHS Covid pass is available at this link.

This has not been updated on the website of the French Consulate in London. As of today it still states that “for the moment NHS QR codes are not recognised by the TousAntiCovid application”.

Several readers have reported having successfully scanned their UK certificates in the French app.

One member of The Connexion team who is resident in the UK said he did this by clicking to generate a PDF of his certificate on the NHS App, which he then emailed to his own email account from his phone.

He then opened the certificate on a desktop computer and scanned its NHS QR code into his TousAntiCovid app.

He added: “There were celebratory cheers and balloons etc on the French app when it was accepted.

“I scanned only the code from my second jab, it didn’t ask for the first but recognised that it was 'vaccination 2 of 2'.

“I can choose border mode for presentation at the border, the default setting is for entry to a venue or event in France.”

There is still no compatibility between TousAntiCovid and American vaccination certificates, though there have been talks between the EU and US.

The American Embassy in Paris has today updated its information on the health pass, which yesterday stated that “any willing doctor or pharmacist” could take information from US vaccination certificates so as to generate a French certificate with an EU QR code.

It now states that while some people report having done this successfully, others were told it is not possible and "at this time, the Embassy is not aware of the extent to which it is still possible to have the US information entered into the French system".

Even so, paper proof of vaccination with a vaccine accepted in France should in theory be accepted at most venues, even if there is no compatible QR code to be scanned.