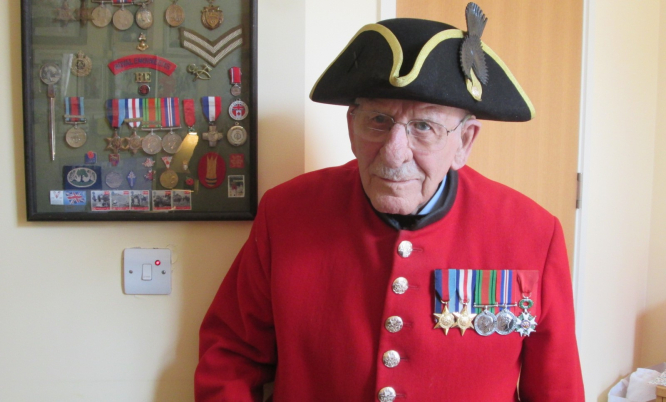 The 75th anniversary commemorations on June 5-7 are considered such a special event that a ship has been chartered by the Royal British Legion to bring veterans from Portsmouth to Caen - and those wishing to also make the trip to honour them are advised to plan this well in advance.

Some veterans are also being escorted to France by volunteers, such as Jon Orrell from Hove, Sussex, who has been organising such trips across the Channel for 25 years.

“Sadly, this could be the last time that our old soldiers are able to travel over for a big anniversary, “ he said.  “Most of them joined up in their 20s, so they are now in their 90s.  This year we are taking four Normandy veterans and their relatives. Our French colleagues and friends who help us look after them are like a huge family.”

Mr Orrell’s father Major Bob Orrell, and two other men, captured a German bunker and its 53 occupants on Sword Beach in June 1944.

After the war the bunker became a museum, Le Grand Bunker at Ouistreham. A mural will be unveiled there in honour of the veterans on Thursday June 6 at 16.00.

Connexion has spoken for the June edition of our newspaper to one D-Day veteran, Chelsea pensioner Frank Mouqué (pictured above), 94, who also attended the 70th anniversary commemorations five years ago. This time he is coming over with Mr Orrell.

Prince Charles and the Duchess of Cornwall, as well as the Queen and Duke of Edinburgh all visited France on that occasion, however Buckingham Palace and Number 10 Downing Street said nothing is yet confirmed as to who may be coming this time.

American president Donald Trump has stated he will attend and there is media speculation that this may be preceded by a state visit to the UK, however no official announcement has been made of this.

Events taking place in and around Caen and Bénouville will include:

All day: UK national commemoration at Portsmouth and sailing of veterans’ ship to Caen; military parade; flypast of period aircraft.