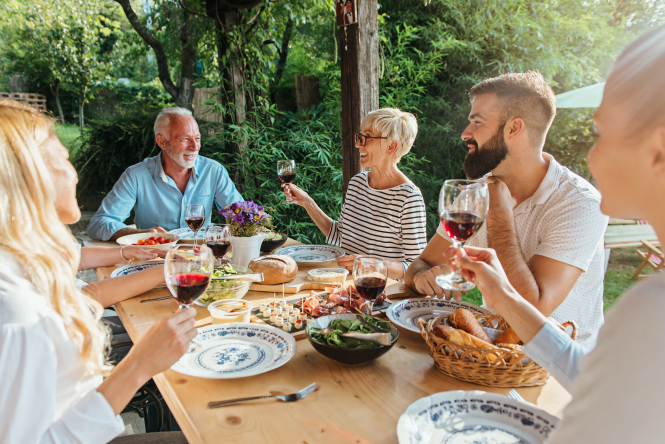 Two French immigration lawyers have told The Connexion today that a formal attestation d’accueil from the host’s mairie is not required for UK nationals coming to visit friends and family in France.

Avocats Sarah Sahnoun from Cannes and Haywood Wise from Paris said this official €30 document is only required, as part of the visa process, for visitors of nationalities requiring short-term Schengen visas to visit France. This does not include UK nationals.

The Connexion also found this to be the case previously, in practice, relating to Americans and Australians and other non-EU visitors who do not require a short-term Schengen visa to visit France. Many readers reported that their visitors, of such nationalities, were not asked for an attestation d'accueil.

Confusion has arisen over the issue because several official French websites refer to this document being needed by all non-EU citizens coming to France to stay with members of the public at their homes – these websites however are all of a general nature and not specific only to Britons.

The official French Brexit.gouv.fr website for Brexit-related information for Britons living in or visiting France however links (in the first question and answer on this page) to the EU’s Schengen Borders Code Annex 1 for information on supporting documents needed to verify fulfilment of entry conditions. This in turn refers to an ‘invitation from your host’ as being acceptable.

Ms Sahnoun said: “British people are now considered to be ‘foreigners’ [the way non-EU people are often referred to in France in official terms] but they are dispensed from tourist visas. That’s to say they can come to France for 90 days at a time.

She added: “For example if I want to bring over a family member who lives in England but who has a different nationality and needs a visa, I can get an attestation d’accueil to help them come, but Europeans and those dispensed from tourist visas do not need one.”

Ms Sahnoun stated that for example, if an American visits France, the border guard may sometimes ask the purpose of the visit, but usually stating “I’m staying with my friend”, will suffice.

However she said that, to be careful, hosts could send their UK visitor a signed document attesting that they will be staying with them at their address from such a date to such a date, accompanied by a photocopy of their passport to identify themselves.

Mr Wise, who is French and American, said: “There is a dispensation in the case of those who do not need visitor visas.

“For attestations d’accueil we’re talking about the context of a short-stay visa application – a host in France would need to obtain one for their visitor in that case."

He added he would not expect that Britons would even be asked for any supporting documents. Americans visiting France are not asked for them, he said.

Officially, the requirement for the attestation d’accueil for non-EU citizens to come for private visits is contained in France's legal immigration code and we understand that this is legitimately able to supersede the Schengen Borders Code with its lighter rules (we have asked an EU source for clarification on this point).

Mr Wise however reiterated to The Connexion that despite the wording of the French code, "in practice, this attestation is not demanded of persons who benefit from a visa waiver to travel to France for short stay, such as US or UK and other OECD country member citizens". It is "simply not an issue" for them, he said.

This confirms our own previous research on this point at the start of this year for our Brexit and Beyond for Britons in France helpguide, in which readers reported that they had to obtain this for visitors of short-term visa nationalities, but not for those of nationalities dispensed from these.

The Connexion notes that the British Foreign Office’s official Travel Advice for France was updated yesterday to include a reference to the attestation.

It now states: “You should be prepared to show proof of your accommodation, for example, a hotel booking confirmation, proof of address if visiting your own property (eg. second home), or an invitation from your host if staying with a third party, friends or family.

The Interior Ministry site linked to refers to the document being required by “a foreigner who wishes to come to France for a tourist stay of less than three months”.

The wording of the Brexit.gouv.fr page however suggests that France may intend to apply the lighter border code rules specifically to Britons visiting France.

We asked the mairie of Périgueux in the Dordogne to comment as to the need for residents to obtain an attestation for their UK visitors, and its communications director pointed us to the Brexit.gouv.fr page, adding “it doesn’t involve an attestation d’accueil”.

A member of staff at Eymet mairie (also in the Dordogne), however, stated she had seen several Britons coming in for one recently, though she could not confirm if it was obligatory for UK visitors. The vice-chairman of the British Community Committee of France, Christopher Chantrey, said it may be that some Britons are now being especially conscientious about following the letter of the rules as referred to on sites such as the Interior Ministry one quoted from above.

If you have visited your mairie about obtaining one of these documents for a UK visitor, or if you have entered France recently to visit a family member or friend, or you have hosted a UK visitor, we would be interested to hear your experiences as to whether or not this, or any other supporting documents, were asked for by the French border police. Let us know at news@connexionfrance.com

Britons can visit France again: What are the rules post-Brexit?