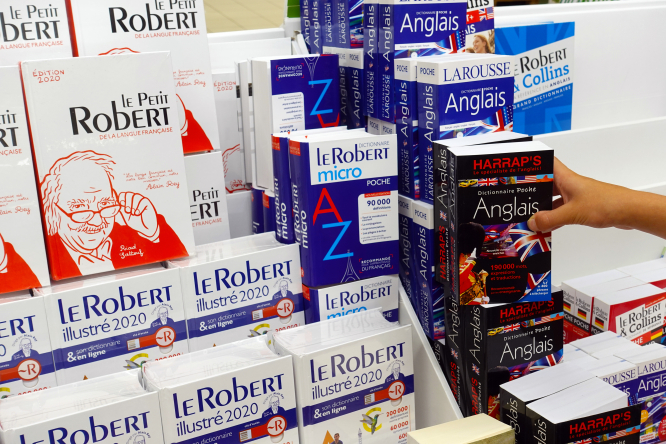 French dictionary Le Petit Robert has added the gender-neutral pronoun iel to its dictionary, provoking anger from the education minister, Jean-Michel Blanquer, and other politicians.

The word can be used to replace il or elle in French so as to refer to a person without assigning a masculine or feminine gender to them, similar to the use of 'singular they' in English.

A plural form, iels, also listed by the dictionary, can be used similarly to replace the plural pronouns ils or elles.

This would effectively be iels sont content.e.s using the gender-free pronoun (and an agreement with 'inclusive language').

This can avoid the grammar rule in French, controversial to some feminists, which states that le masculin l'emporte sur le féminin ("the masculine takes precedence over the feminine"), meaning that when there are mixed groups, the masculine pronoun is always used.

If, for example, there was a group of seven women and one man, it would be grammatically correct in standard French to say ils sont contents.

The new pronoun is also used to refer to individuals who have a non-binary gender identity.

Le Petit Robert dictionary wrote of the word that it is:

“A personal subject pronoun in the third person singular and plural, used to refer to a person regardless of gender.”

Marie-Hélène Drivaud, editorial director of Le Petit Robert, told Le Figaro they chose to include the word because they noticed it was “growing in frequency of use”.

The word will have to go through a probationary period, but has already been added to the online dictionary with the intention of it being included in the 2022 paper edition.

It was added at the same time as words such as vaccinodrome, antivax and pass sanitaire, all Covid-related words that are now commonly used.

The inclusion in the popular dictionary of the gender-neutral pronoun did not go down well with everyone in France.

François Jolivet, the MP for Indre, who is a member of Emmanuel Macron’s La République En Marche party, notably criticised the decision.

He called Le Petit Robert’s authors “militants of a cause that has nothing French about it: wokism.”

He wrote of his dissatisfaction to the Académie française, a leading authority for matters pertaining to the French language.

“Inclusive writing is not the future of the French language,” he tweeted.

“At a time when our pupils are consolidating their fundamental knowledge, they should not have this as a reference,” he added, referring to the word “iel”.

Le Petit Robert includes words based on usage and not necessarily words deemed “grammatically correct” according to the Académie française.