Licence-free car sales boom in France due to ‘Covid effect’ 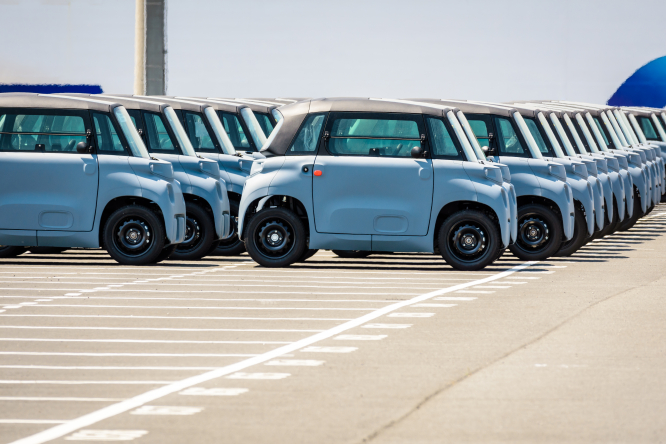 The Citroën AMI electric licence-free model is one of the most popular and accessible types of these vehicles in France Pic: olrat / Shutterstock

Sales of new licence-free cars have soared by 73% in France this year, breaking all previous records, in a boom that has been partly attributed to the ‘Covid effect’.

The cars have a maximum speed of 45km/h and can be driven by people aged 14 and over, without a full driving licence.

Marie-Laure Nivot, head of market intelligence at AAA Data, said that the boom could largely be attributed to what she called the ‘Covid effect’.

She told Le Figaro: “We are absolutely seeing a very, very strong evolution in the mobility market. The health crisis has changed people’s behaviour in terms of getting around, and has reinforced the demand for individual vehicles.”

Ms Nivot explained: “We have broken all records when it comes to these small cars. Look at, for example, the arrival of the Citroën Ami electric model, which is very liked among young people and which is seeing major success in Paris.”

A few hours after the opening of order of AMI - 100% ËLECTRIC in France , Citroën already reaches almost 200 sales, 100% online pic.twitter.com/I5tAzkjhkx

The boom in sales appears to be marking a shift in the types of people using these vehicles, with young people being especially interested in them.

Smaller, electric cars used to be associated with elderly people, or those who had had their licence suspended.

“15 years ago, it was seen more as a vehicle for elderly people in rural and isolated areas,” said Alison Whitaker, head of marketing and communication at European licence-free car leader Aixam.

“But this is changing. The need for autonomy and the lack of travel options for those who live in underserved zones are also factors that explain the success of the licence-free car.”

AAA Data shows that the cars – dubbed voiturettes, voiture sans permis (VSP), or even ‘yoghurt pot (pot de yaourt)’ cars in French – are seeing the most success in departments in Nord, followed by Paris, Bouches-du-Rhône and Var.

As a result, it would appear that in many cases parents are helping their young adult children to buy these vehicles, which are seen as more “accessible”.

These vehicles require only an AM licence (permis AM), which can be obtained from a local driving school in just eight hours.

In addition, the cars are often seen as safer for young people than other forms of electric transport.

Mr Whittaker said: “For obvious reasons of safety and comfort, parents prefer to see their children in a licence-free car than on a scooter.”

What are the rules for these licence-free cars?