Map of France shows roads changing speed back to 90kph 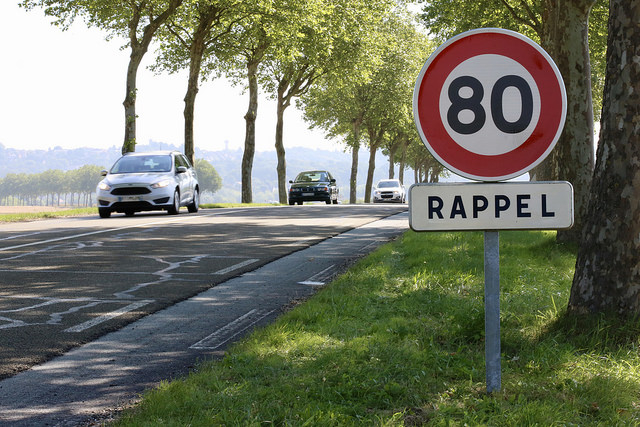 The move comes after Prime Minister Edouard Philippe confirmed on May 16 that local authorities would be permitted to change the speed back from 80 kph to 90 kph on certain departmental roads.

Previously, these roads had been changed to a nationally-set 80 kph maximum speed limit as part of a series of road safety measures brought in by the government in July 2018.

The move was very controversial, with many motorists protesting that it would have no effect on safety.

Now, Mr Philippe has given the decision back to local authorities on some roads after the Assemblée Nationale voted in favour. This includes departmental councils and, for some secondary roads, local mayors.

A new map published by news network FranceInfo shows that the majority of departments are in favour of changing back to 90 kph on at least one road.

Eighteen are still considering the issue, and eight are against the idea.

The Haute-Marne will be the first to make the change, this Friday August 9, with department council president Nicolas Lacroix having announced it on May 24.

This will apply to 15 roads, including 476 kilometres out of the 4,000 kilometres in total managed by the department.

Around 60 departments are expected to revert to 90 kph on at least some roads.

Department council president of Côte-d'Or, François Sauvadet, welcomed the move as a “return to common sense”, while Moselle MP Patrick Weiten said he would like a return to “90 kph on 90% of the department network”.

The department of Corrèze also voted for a return to 90 kph, on July 5.

Yet, seven departments have already voted against the idea, and will be staying at 80 kph everywhere. These are: Meurthe-et-Moselle, Loire-Atlantique, Rhône, Ardèche, Gard, Var and Ardennes. The Pyrénées-Orientales are also against the change.

Ardennes president Noel Bourgeois, said that it was up to the State “to take responsibility”, and warned local councillors that “if we were to be confronted with an accident [at 90 kph], we would be to blame”.

Other departments are still considering the issue.

Serge Rigal, department councillor in the Lot, has said that the responsibility should not fall on the department, while Jean-Luc Chenut, council president of Ille-et-Vilaine, said: “We should keep a national standard. If one department is 80 kph and the neighbouring [department] is at 90 kph, this will quickly become unmanageable.”

Only the departments of Paris, Seine-Saint-Denis, Hauts-de-Seine and Val-de-Marne are not concerned by the changes, as they only have a few kilometres of road with a 90 kph speed limit.